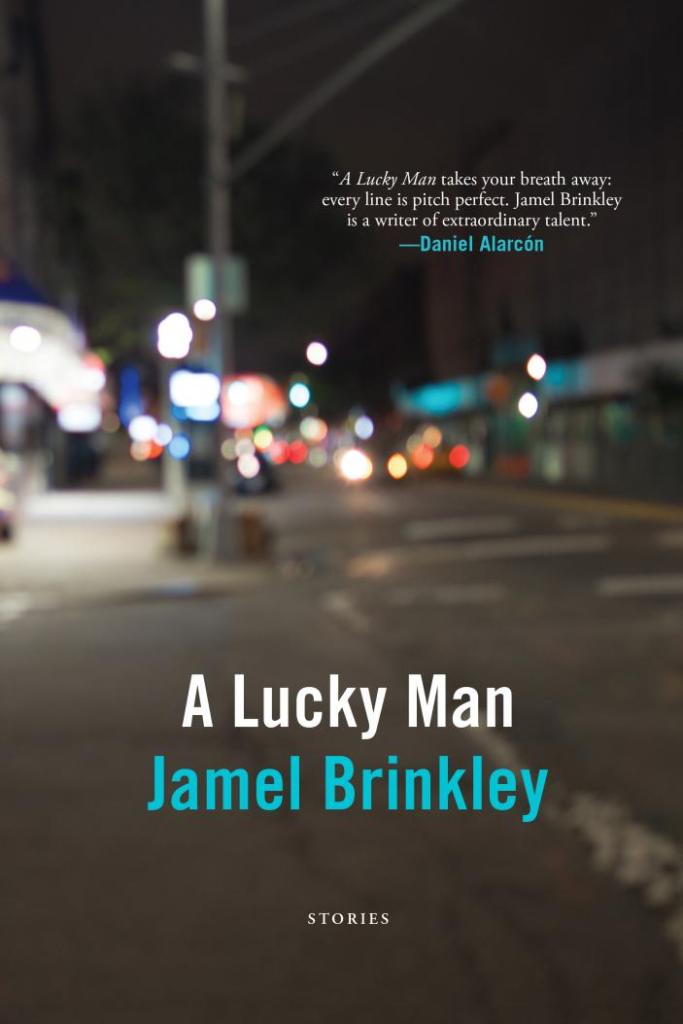 Absent fathers abound in this debut collection of stories, leaving behind their complicated legacies of race and love. As Eric says in “Everything the Mouth Eats,” “Isn’t it family that, in so many ways, determines our approach to life’s deceptions?”

One feels the holes left by these absent fathers on every page, as the characters question and define their assumptions about women, men, and themselves. In “I Happy Am,” a boy bussed from summer camp expects a field trip to a white home full of poolside treats, but instead ends up with Arlene Clinksdale, a black woman “no different from him.”  In “Infinite Happiness” a man betrays his friend and comes to understand his loneliness and true heart. “No More Than a Bubble” follows two friends through an evening that ends with a sexual encounter neither anticipated, leaving one of them to “keep imaging what it would be like, to be a father to a boy who loves and believes in me and, despite all our differences, wants nothing more than to be a man in my image.”

In “No More than a Bubble,” Benito’s Italian father is passing down his own muddled views of race, having married a woman who does not have the skin like “old milk,” but is instead a black woman whom he has sexualized. Twelve-year-old Benito finds in a stack of dirty magazines his father’s “specific preferences.” After Benito’s mother catches him looking at the magazines, his parents argue:

“He’s twelve,” she kept saying to [her husband]. It was as if my father had sat me down to show me the magazines himself, or, worse, as if he had taken me to a whorehouse. Why would she blame him for what I did? I couldn’t understand.

“Benito’s curious, Doreen, almost a grown boy,” my father replied. He thought it was no big deal, nothing to fuss about, and I agreed. “And isn’t it good that he learns such women are beautiful? That his mamma is beautiful?”

“That’s not what he’s learning!” my mother screamed, and in that moment she looked hideous to me. “Don’t you realize what you’re teaching him? Don’t you see what you’re doing?”

Many of these stories also unpack the relationships between men who don’t quite fit into any easy category—uncle, father, father figure, lover, or brother—but are instead friends chosen as kin. In “A Family,” Curtis steps in to raise his best friend’s son and tells the boy that he and the boy’s father weren’t just like brothers, “but it was more than that, a lot more.”

These stories set in the Bronx and Brooklyn are alive with a sense of place—a capoeira festival with dance that “resembles reading a poem,” an apartment so small you can hear the kitchen “sink water speed through the pipes” from the bedroom, a house party where you feel the floorboards give and watch strangers dance in the kitchen. Each story bursts with vibrant language, transporting the reader into a moment of action. In “Everything the Mouth Eats,” Brinkley brilliantly choreographs two women engaging in capoeira:

The berimbau player on the steps began to play at a faster tempo, with complicated variations, and another man accompanied him with the tapping and slapping of a pandeiro. The two women danced in front of each other as they pivoted counterclockwise, feinted with implied sweeps and kicks, and spun on the heels or balls of their feet, smiling and laughing the entire time. Sulay moved sinuously, like a slick eel swimming through water, and stood tall with her elbows close to her waist as she shifted around. By contrast, the woman’s dance, her ginga, remained consistently low, vigorous, and angular, with heavier footfalls and jabs of elbows and shoulders that declared the power of her thicker body.

“Clifton,” the final story, embodies much of what makes this collection stand out. Clifton, a neighborhood bar named after a woman’s ex-lover, is built on regrets and hasty decisions, and populated with eccentric regulars and “the newest of the new,” i.e., the whites gentrifying the neighborhood. There we meet Sadie, the bar owner still looking to rediscover her lost love and repair past mistakes; Dyson, a man who is content to live only in the past; and Ellis, an artist willing to buy into Sadie’s delusions long enough for both of them to be comforted, realizing, “None of us deserves to be loved . . . and so all of us should be.”

Erin Flanagan is the author of two short story collections published by the University of Nebraska Press: The Usual Mistakes (2005) and It’s Not Going to Kill You, and Other Stories (2013). Her fiction has appeared in Prairie Schooner, Colorado Review, The Missouri Review, The Connecticut Review, the Best New American Voices anthology series, and elsewhere. She’s held fellowships to Yaddo, The MacDowell Colony, the Sewanee and Bread Loaf Writers’ conferences, and has served as faculty at the Antioch Writers’ Workshop.