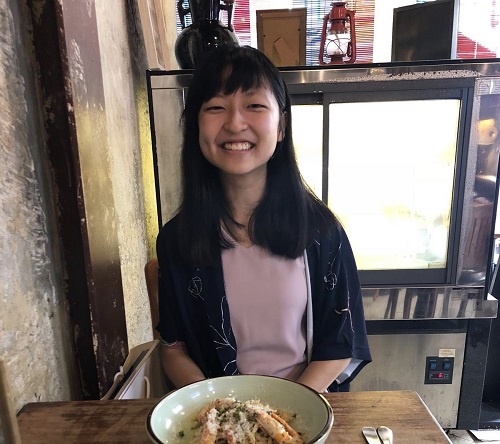 Did you know cordyceps colonizes the bodies of carpenter ants, chemically hypnotizing them to ascend to the highest point in the environment before releasing a mushroom cloud of spores? I have been told a hundred useless facts, with bread and a butter knife on the train to Oslo. The man next to me, knotted in thoughts and washed-out scarves, rubs butter across a slice of wheat, wearing a crumpled overcoat to nowhere but north of a great fascination for the mundane.

Did you know the lungfish lives on air and sea? He carves off a chunk of butter.

Did you know pigs have 15,000 taste buds and a catfish’s skin is covered in a quarter of a million tastebuds?

The endless prattle, but that fact stayed with me, the poor carpenter ant trundling along with a block of sugar in a bid to survive another day. That unwitting wood-working ant on a single-minded mission to feed his family, only to slip into a trance-like coma in the seething tendrils of a Cordyceps. But what does a human know about parasitism and control? About living and letting live?

I wouldn’t know, I’m a free man, I live each day as it comes, he chuckles, running his hand across an unshaven jaw as we pull into the final station. Tell me how your conference goes, you look like you haven’t slept in a week.

As I pull my luggage out of the station, I watch him settle into a steel bench with a hat before him, ready for another day, another coin in the pocket that will take him to another land to sight-see as a free man.

That day, I see thousands of carpenter ants running up podiums, collecting their scripts and sipping Chardonnay out of stemless wine glasses. I think back to the man, kept alive by his thought of freedom but living by his coins. Was that freedom then? Had he found the holy grail of nirvanas that others had only spent their whole lives searching for—living free as a bird and nimble as the sun’s countenance upon the lake? Yet, even birds live by the laws of nature and the sun, by the metric of the cirrocumulus cloud.

At the end of the conference, I return to the train station, only to find the man still sitting on the steel bench, his hat half-empty with silver coins, his eyes glazed with shadows and redder than the last time I’d seen him.

I smile and nod, as he settles back into the bench, hugging his hat of coins, waiting for the next part of his life to begin.

Sher Ting has lived in Singapore for most of her life before moving to Australia for medical school. She is a 2021 Best of The Net nominee with work published/forthcoming in anthologies including Byline Legacies and Pages Penned in Pandemic, and literary magazines including Eunoia Review, Capsule Stories, Kissing Dynamite and FERAL. She tweets at @sherttt and writes at downintheholocene.wordpress.com.