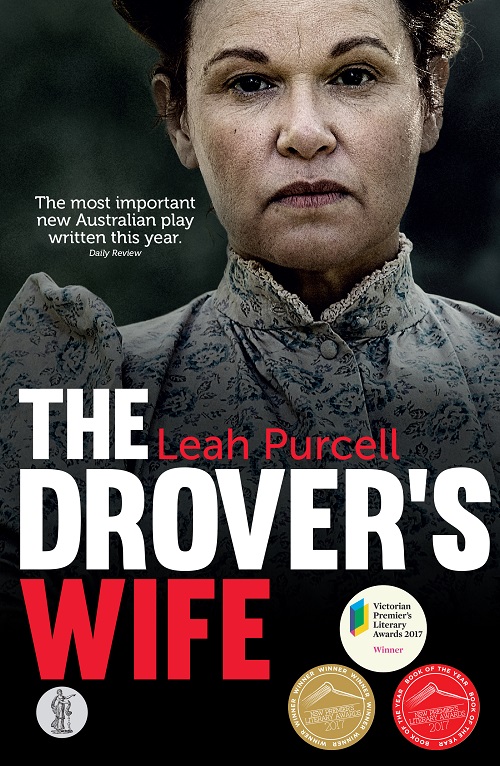 Few works of fiction are as inspiring to a country’s national history and formation as “The Drover’s Wife” by Henry Lawson. “The Drover’s Wife” is a late nineteenth century story about a woman living without her husband, with her four children, as a snake comes along and threatens her life. It is a story about survival and solitude. It has very little action, and yet is full of symbolism and meaning, a replete and rugged carving up of language which conjures up the Australian bush as if their unfurling plains were right outside of your window. This story is considered one of the most important in the Australian canon. From television serials to play adaptations, it has been rewritten, retold, and re-examined, over and over again, and with each reiteration, another aspect of Australian culture, or history, is opened up.

It would be hard to say that The Drover’s Wife is meant to be drawn sympathetically. After the climax of the play, the officer Leslie and the stockmen McPharlen and Parsen confront the two of them on The Drover’s Wife’s missing husband. As it is privately revealed that she murdered her husband, The Drover’s Wife asks Yadaka to take the fall for her and confess in her place to the murders, despite all he has done for her children, because she is a mother, and has children. The Drover’s Wife never stops to consider how this makes her supposed lover feel. He is just a body to be used for the sake of her urges, to be disposed of when the timing fits. The world of this play is certainly unkind to Yadaka, who is forced by Parson to lynch himself with a noose. The Drover’s Wife in the meantime is raped by McPharlen. Rape is an inherently abhorrent thing for any human to go through, but in the way that the rape is framed, it feels that had The Drover’s Wife chosen an entirely different set of decisions (from not entangling herself sexually with Yadaka, to choosing another path other than his exploitation), the set of events which resulted in her violation could have very well been avoided. This gives the decisions of the characters a certain cosmic weight. It reminds me of the humiliation of Draupadi in The Mahabharata, a book which marvelously captures how one ill-fated or badly-timed decision can be the one which makes one’s entire destiny.

In Hindu philosophy, dharma is the cosmic constraint to which all human decisions indirectly and directly play to. When we as human beings make decisions, we are moving not only our individual fates in a certain direction, but the fates of others, which affects others more, and then eventually our entire region, nation, planet, and universe. It is the way that our behaviors result in the order of every being to a cosmic level. It is a system long beyond the comprehension of any one person, but we affect it, whether we like it or not. The Mahabharata is probably the most extensive book ever written on the theme of dharma. Whether Leah Purcell is aware of it, The Drover’s Wife is also a metaphor for dharma. From the moment she meets Yadaka, The Drover’s Wife chooses to make a set of decisions to further her and her family’s survival, from courting Yadaka to trying to pin her husband’s murder on him. Dharma, like karma, has a highly moral swing, and though The Drover’s Wife believes in her actions, she ends up being punished for them, for the fact is that it is her ego which results in her making decisions which in fact hurt the people around her, and as a result, she too is punished.

The question then to ask from such a moral work of literature is: To what degree of agency do any of us have when we are faced with limited choices, due to being already born, either as a woman, person of lower caste, or person of a different race, and are destined to make choices which result in our own persecution, and keep the cycle of hatred continuing yet again? The truth is that there is no clear answer, and there will never be a clear answer. I don’t think Purcell is interested in answering it either. She, like many other great writers of a moral tradition, is interested in trying to represent life rather than evaluate it, and to give an artistic representation of a sort of dynamic that defines Australian culture, and yet is seldom represented in Australian literature.

Buy The Drover’s Wife at Amazon

Kiran Bhat is a global citizen formed in a suburb of Atlanta, Georgia, to parents from Southern Karnataka, in India. An avid world traveler, polyglot, and digital nomad, he has currently traveled to over 130 countries, lived in 18 different places, and speaks 12 languages. His list of homes is vast, but he considers Mumbai the only place of the moment worth settling down in. He currently lives in Melbourne.