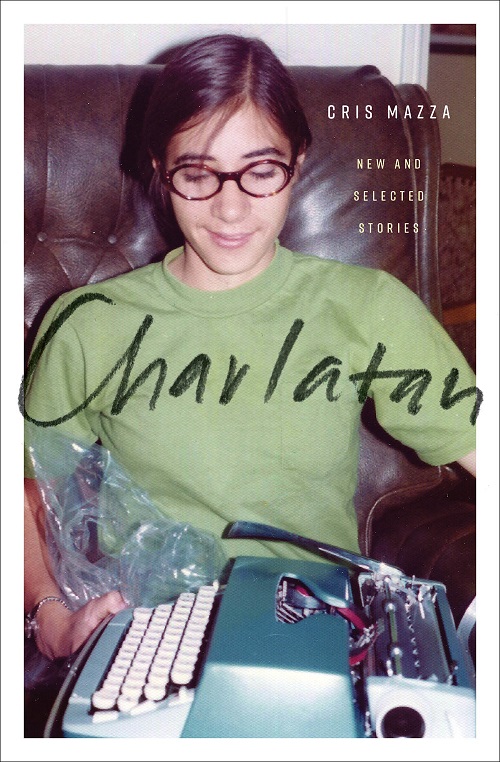 Mazza’s latest collection, Charlatan, showcases thirty years of work that explores, in nearly as many ways, what happens when you write women as people. More than two decades after she co-edited the Chick Lit anthology, calling for work that rebelled against the reductive norms of so-called “women’s fiction,” we’re still scarce for unlikable female characters. Charlatan gives us a solid range. The women in these stories are harmed, but they are also capable of harm. They can be mean, selfish and grotesque, and still be wronged. The #MeToo era might be the perfect time to revisit them.

Mazza has the unique ability to present consciousness without comment. She lets her characters’ pasts inform their present in ways that can feel like dissociative episodes. Her stories seek, as all great stories do, to approximate the disorientation of life. They replicate the feelings of powerlessness, shame and confusion that routine degradation can create. Yet each story also recognizes women’s responsibility and power—in short, their humanity.

We are long overdue for stories like these. When Kristen Roupenian’s “Cat Person”[1] hit the internet, people fixated on the “relatability” of the narrator. Roupenian, in an ironic twist, told The New Yorker that the story was about people’s tendency to project. It seems to me that because people are unused to seeing women in fiction, they look for the “message” in a female character. They turn her into a tool—a mirror to hold up to society—instead of a person.

“Is It Sexual Harassment Yet?” brilliantly challenges this kind of reading. First published in 1988, just eight years after the EEOC defined the term, the stereoscopic short story is formatted in two columns. The first, written in third-person, tells the man’s “side” of the story; the second, in first-person, tells the woman’s. Mazza’s choice to divide the text makes gender and class privilege overt. It contrasts the calm, cool-headed authority and apparent omniscience of the first column with the feverish emotion the second. “[The] story’s desired effect was to warp and confuse people’s standard gut reactions to this murky territory of fucked-up gender relations,” Mazza wrote in 2000.

Terence Lovell is the “man” of the first column. The floor captain at a buzzy restaurant, he has instant credibility. The narrator’s on his side. We are introduced to his family, his piano teacher wife, his gifted son. Mazza drops hints that we are all being played, using lawyerly turns of phrase like “six to eight months prior” to suggest that this narrator is hardly an objective one. Still, we feel for Terence when he starts getting underwear in the mail. We’re horrified when an unidentified woman calls his house and threatens his family.

By the time we are introduced to the waitress accusing him of sexual harassment, her name, Michelle Rae, has been dragged through the mud. The anonymous narrator prepares us for every complaint she’s about to bring and even paraphrases Terence’s comments on her “unbecomingly tight” dress and “finger-in-a-light-socket” hair.

Long before she accuses Terence of comparing the waitresses to whores, the narrator assures us that “naturally there was a shift in decorum behind the door to the kitchen.”

When she claims that Terence made lascivious comments about the waitresses’ bodies, we recall being told that what he’d really said was “Move your butt!”

Michelle Rae starts out by complaining to management of smaller violations. Her business card is defaced. Busboys plant hair in the salad. Even after management intervenes, Michelle Rae, according to Terence, stalks and torments him, threatening his wife with a gun and propositioning his teenage son.

Mazza refuses to give easy answers. The situation is confused; what she does, with vivid clarity, is anatomize the confusion.

Some of the stories in the collection can feel like extended thought experiments. “Animal Acts” and “Dead Dog” are as elegantly constructed as they are revolting. But “Her First Bra,” which tells the story of a woman who indulges a photographer’s fetish, is a funny precursor to the Craigslist era. One of the most haunting stories, “Second Person,” feels as timely as ever—which is to say, it’s depressing that so little has changed since 1979.

In “Second Person,” a woman named Toni tells us about her time working as a photographer in the band office as an undergrad. She uses her camera as an intermediary between herself and the world. Her darkroom is “[a] gallery, a hall-of-fame where each photo of someone was a souvenir to keep, where I could look [people] in the eye while they finally told me why I needed to know them, why I needed to know anyone.”

We later learn that she was assaulted by an ex-boyfriend. The camera lets her experience intimacy without the risk of bodily harm. As she pores over images of the new band director, we see him in sharp relief: his “clean” features (perfect for photographing) and his “chin without a beard.” This isn’t just a college girl’s crush—though, unbelievably, a Kirkus review left it at that back in 1991. The band director, whose smile is like “a window flung open,” represents a way out. The story is addressed to him.

The darkest moments in “Second Person” and Charlatan resemble symptoms of PTSD. Colors are described as “too pungent”; in one upsetting sequence, the narrator appears to have an out-of-body experience during a sexual assault. First, she sees herself laughing with three classmates under the bleachers; then the tone abruptly changes. “They rode me like merciless riders on a spiritless bronc,” she recalls.

Mazza makes the strange but entirely compelling choice to end the story with a standoff between Toni’s friends and a car full of angry drunks. Toni fantasizes about standing up for herself, but never does; instead, we see the band director step in and defuse the situation with his golden boy charm. Toni stares at her shoes. It’s painful to witness, and just one way that Mazza deftly reveals the complexities of gender and class, the temptation of self-destruction as a mode of agency.

Are we ready to talk about all this? The thirty years of work in Charlatan suggests we should be.

Marianna Nash is a writer based in New York. You can find her writing in Cosmonauts Avenue, McSweeney’s Internet Tendency, and other places in print and online. She also has a blog, mariannanash.com/blog.