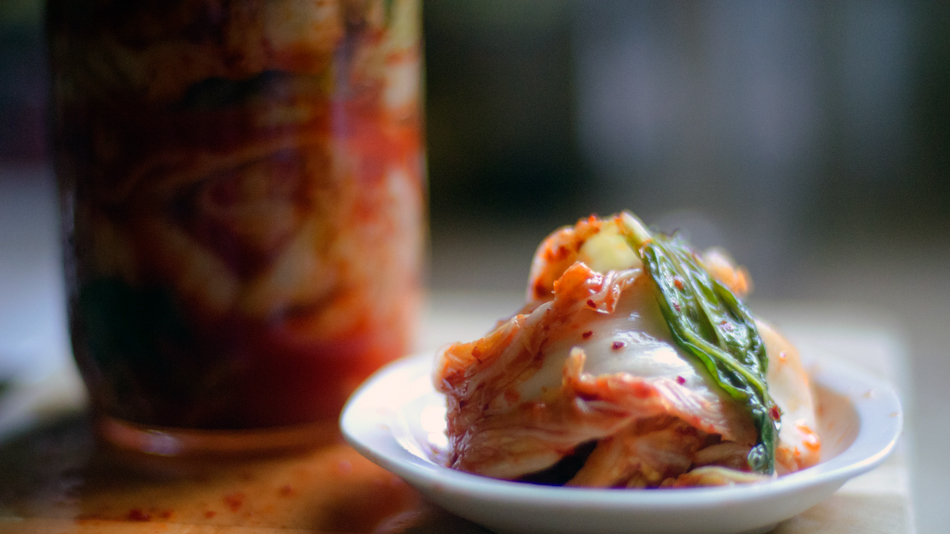 Untitled
(With Final Line from Roethke)

An elegant and corpulent diner in Costco sweats
is dancing at this buffet—the way chopsticks can place pieces
of amaebi in a mouth while pinching off
their tails … The choir of heads keeps watch from a separate plate.
The docking is smooth, decisive. Like a figure skater in practice
hitting all the jumps. A buffet means forever.

I fill my plate with shrimp—there’s art in making food feel
inevitable—in making sea insects and sticks delectable—but
I filled up on mac n’ cheese and fried chicken. I’m an amateur.
I watch each plate leaning further askew. The diner is alone,
and that is okay. At the end of the day, heroes eat alone.
I have been awaiting forever all afternoon, with its deep-fry station,
dim sum bar, and fresh noodle stand. But I’m still waiting.
I am waiting for what I am.

김장
—during which we prepare large quantities of kimchi for winter

When my aunt migrated stateside in 1972,
her mother sent with her only blood and kimchi starter.
Gomo repurposed a bleached bathtub because kimchi cleanses body.
Old tongues tire fluently and the new remain unseasoned.

I implore gomo, how do we ferment family?
But there is no written recipe, no measuring cups or spoons, just empty palms.
We remember through simile and psalm, tasting as we go.
We chop everything by hand. Unpracticed, they cramp
like mimosa plants.

When I ask her the brine’s salt to water ratio,
she says, It should taste like ocean in autumn.
I can’t tell if this saltiness is from seawater or my fingers.
We recreate depths in Rubbermaid.

I’m always asking for written recipes, step-by-step instructions,
but the recipe is in doing.
Absorbing the color of how each step tastes, knowing how it will grow.
Though, one never really knows. Flavors learned on honing scars of knives,

in immense clanging bowls holding summer through winter.
This batch must nourish us until we can taste on our own,
with spice sufficiently paralyzing diaspora, if only for a moment.
How easily we take Spam fried rice and kimchi for granted,
how nourishing the nostalgia.

I’ve been waiting for magpie chatter at my door,
but only the perpetually unfortunate wait for others to bring luck.
I taste each phase of kimchi, the flavors fresh
and naïve. I pack each jar to brim and forget winter.

Someone is eating kimchi on the bus,
and no classmates are complaining.
I breathe in flashback, imperfect memoir. My mother
squatted before a mixing bowl,
silver and grand, layering
the old country between leaves
of Korean cabbage. I breathe out occasion.

I hear the rustling of gimbap wrapped in tinfoil,
the crunch of yellow danmuji announcing highway names.
I watch hyphens in the road
turn into solid lines and back again,
weaving in and out of restaurant menus and manicured beards.

The mountains punch out
like hairy knuckles, fuzzed by trees.
And there in the valleys,
between familial burial plots
and blue tin roofs,
a person picking perilla leaves.

Shuffle lands on Wagon Wheel.
I’m appropriating, an white cliché,
for Korean roads as I search for parallels
between gochujang and cheeseburgers
in every city I visit. It fits now. For now.

I’ve been in Korea months, and I’m still waiting
for my ears to release my shoulders.
With each bus ride, I feel one layer of cabbage more capable.
I’m going to my first Korean ballgame, kimchi and baseball.
I will eat sundae dipped in tteokbokki sauce, and keep it holy, I will drink somaek.
I will rehearse for 30 minutes before placing each order,
my eyes shifty like a bank heist every time I reach the register.

My mother has survived a generation of rehearsals, decades
of fearing her own voice. She never let me ride public buses as a child,
an apprehension of apprehension. But the most callous thefts are casual.
When I was learning letters, she packed gimbap for school lunches.
Seaweed hasn’t always been cool.

When I watch airplanes stop motion
across gasps in ozone, all I see is my sandwich.

No strings, no safety nets, no green screens.
I don’t hear the clash between lift versus mass
or the sequel of thrust versus drag, just a rivalry between dragons
and reality. Why does everything need

to be epic? My sandwich from Salumi did not soar
from realms long misremembered, but it was no less enchanting.

Maybe that is epic. I watch strangers walk to and fro.
One of them might have answers. But we ignore each other
with clown smiles, the way children ignore shame.
We smile and smile and have places to be, there are hustles to be had.

Physicist Robert W. Wood once said,
the metaphysicist has no laboratory.

I don’t believe that. We simply aren’t the scientists.
An abnormal species violently obsessed with normal. Smiling is normal.
And, for humans, there is no control. Clowns are terrifying
because they’re the nightmare of being stuck in one emotion.

I have cycled through this traffic light half a dozen times.
The planes are gone and I have lost the clouds.

I dive through skies in search of venerable now,
drink love’s lifetime in a single malt, tempt
toxicity and tomorrow with Fugu flesh and phallus. But, in this forever now,
it’s always now, and I’m stuck on this bridge watching pedestrians traipse by.

I cycle presets, like checking the fridge every two minutes for a sandwich
I know isn’t there. The light turns green and, still, nobody will move.

The loneliest person in Seattle works in the Plaid Pantry
on Roosevelt at four in the morning. His pale shirt
obsessed with buffalo sauce and ranch dressing.

His best ideas interrupted by customers
who never stay long enough for him to hold.
A vague odor of nonsense clutches his solitude

Congregation members are pilfered one by one.
A pint of Cherry Garcia, a bag of Sour Cream and Cheddar.
A vast knowledge of Time and People adrift
in the click-clack and squeak of knock-off crocs on linoleum.

I talk in onomatopoeia and throw away the receipt.
The cashier follows me out. We are brethren, we are I.
I think he hates me. I think I hate him. We are reminders.
We light our cigarettes and let out our drags nice and slow,

as if contestants on a game show of addiction. He bobs his head
and bulges his eyes. I raise my eyebrows
and shrug my shoulders. We dance American Spirit
under a jaundice glow of nicotine and halogen.

Every convenience store I enter is Brier Grocery,
my gold-chipped Huffy awaiting outside, unchained.
Every pocketful of change a chorus of Jolly Rancher and Laffy Taffy.
Its orange incandescence and plywood live inside me now.

There is no escaping it. There is nothing convenient about ease.
My brain is stuck on Whatchamacallit dreams.
As I walk away, Plaid Pantry disappears, but Brier Grocery remains.

They’ve sold two winning lottery tickets in two months.
I return there and buy tickets after the fact.
You can’t sin if you don’t pray.

Afraid I Wouldn’t Be Called My Father’s Son

With water ready to boil,
I peel open plastic, red and white wrapping
and tamp down all of earth in a flavor packet.
A Sapporo Ichiban Original,
egg always at the ready,
smells like riding bikes in petrichor and
smoke from a wood-burning fireplace.

They don’t sell this flavor in Dangjin,
so my mom shipped me Seattle in a box,
Doritos and Hamburger Helper.

The noodles travel, unraveling spacetime
as I reach into the fridge
for kimchi and jangjorim.

My grandmother said we broke my father’s body with exile,
when we left him behind in Alaska. Too long away
from family, with nothing but Rich & Rare and ramyeon for comfort.
Guilt turns a bowl of ramyeon into rationalization,
each step of making is reverence and repentance.
I ritual in mimicry, I believe it brings us closer.

Ramyeon as reward and penance.
I crack egg into poaching process, part solid, part liquid,
a necessary purgatory between soup and noodle, father and son.

My dad eats dinner alone in an empty restaurant
after hours. Maybe the old tube TV’s on.
Its beam illuminating his face, emulating
off oil globules separating in soup.
Steam collects on his spectacles as he slurps, he takes them off.
A few droplets land on his sleeve, which will stain.

I tip my ramyeon into a bowl and turn on the TV.
We’ve lost all interest in the tastes of food, but we eat anyway,
we search broth for every noodle and fill our stomachs with rice.

Eddie Kim received his MFA in Poetry from the University of Alaska Fairbanks. He is a Kundiman fellow from Seattle. His poems have appeared in Poetry Northwest, The Margins, The Collagist/The Rupture, Pinwheel, Narrative Magazine, and others. His poem, “Telephone of the Wind,” was featured on Tracy K. Smith’s show, The Slowdown. Instagram: @eddie.j.kim & @pinholepoems / Website: eddiejkim.com.