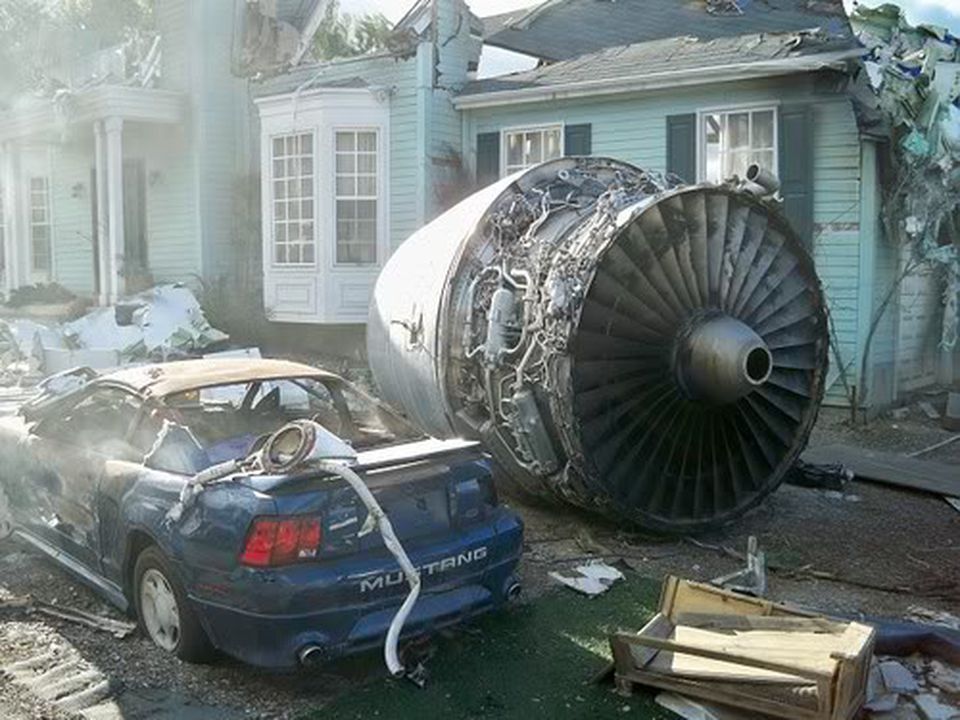 The airliner is not at the bottom of the ocean. Nor is it blown to bits over a 1000-mile radius of uninhabited water. No one’s dead. Hostage situation perhaps, the airliner flown to a dark forest, stored for a ransom that never comes. Maybe the passengers are contented. Maybe they will reappear in a few years. It would be a spectacular moment for the world. We survived on wild boar and leaf-caught rainwater, they’d say. It’s not impossible. A Salvadoran fisherman supposedly survived 13 months lost at sea, eating birds, fish, and turtles and—this is important—drinking turtle blood. It’s not impossible. Skydivers have survived unopened parachutes, their plummeting bodies braced by trees or mud. People with knives in their heads have survived their cantalouping. It’s not impossible. It’s not impossible for the disappeared to return.

Near the wide cave, the passengers, some 150 of them, have fashioned an ad hoc society. There’s a council of elders—doctors, schoolteachers, and businesspeople—who appoint a leader. The leader functions as both figurehead and liaison to the group’s citizens. She softens edicts and solicits feedback. She relays production orders—this much freshwater by this time, this many coconuts for group meals. The leader is also in charge of what to do with the overtaken terrorists, now shackled to heavy wreckage. Some passengers want vengeance, the crash and its violence not far from their minds. Others want mercy. They’ve all seen death. Others can’t decide what mercy means. Starve them? Send them out to sea on a pitiful life preserver? The leader has considered all possibilities and has attempted to defer to the council. For their part, the council—in a true council move—kicked the decision back to the leader. This is why we chose you, they say. The hijackers are nervous, wanting a clear indication of their fate. They ask, when the leader provides rations, what will happen to us?

I haven’t decided, the leader says. Ask me tomorrow.

He Saw Their Faces

The irony of the recurring dream—which he had since a child—is that he lived full and rounded and died of natural causes. During his life, he assumed the dream was a portent, an omen, three sweet notes played on fate’s harp. If not, why was it so persistent? Why wouldn’t the universe be saying something? Naturally he developed an acute fear of flying. If he could drive to vacation destinations he would and when airlines were necessary (like for his honeymoon and a few work assignments), he’d swallow illicitly obtained valium and sleep until safe landing. Every plane crash—even international ones 10,000 miles away, was a near death experience, a bullet dodged, an anxious thought of I should have been onboard.

Arms and legs broken. Bruised and cracked ribs. Swelling head. Blood-stuffed nose. Her doctors are amazed, wondering how she could not feel a thing. She fell 20,000 feet into the ocean, preceded by a burst fuselage. The little girl says: “I only felt the crash when I learned of the crash.”

When Mom Crashed the Plane

Shamefully, I wasn’t worried she died. Well I was, but more I was worried I’d have to live with the babysitter and her whole menagerie of stinky children. What was her name? What was that house near the train tracks?

This mystery person found me in the giant dirt hole her kids dug for fun. Refuge from chaos. “Something’s happened to your mom,” she said. “You’re staying the night. And uh, don’t worry.”

She wouldn’t say what happened. Since mom was a pilot of a small aircraft (a “skydiver driver”), I knew it involved planes. I’d been waiting hours to leave, waiting for mom to swing by and take me away from this feral, nasty place. I don’t remember the babysitter or even how many kids she had. I do remember that smell. Greasy piss smell. Like kitty litter baked in the sun. What inches of fertile dust smell like.

I did not eat the dinner I was offered. I went to one of the kid’s room—dark dark—and tried sleeping my impatience away. This was my bunk now. These were my siblings. The clouded water and stained toilet, for me. I belong here.

When mom did show up, around 2 a.m., I was grieved out. I’d accepted the surroundings and the people it came with. I’d already planned out my life as an orphan, how I would survive the next nine years—I was going to dig my own safety hole.

Mom had only had a minor cut above her left eye. The cause was mechanical and she deftly glided her craft into a field where it flipped over on impact. Big whoop, mom seemed to say. She said she argued with her boss, not wanting medical care for her small laceration, and apologized to the babysitter for being late.

“Hungry?” she asked me on the drive home. I didn’t answer, weak from sleep and fear.

She was dead then not.

Chance Dibben is a writer, photographer, and music-maker living in Lawrence, Kansas. His poems and shorts have appeared in Split Lip, Reality Beach, Horsethief, Yes Poetry, matchbook, Hobart, as well as others.