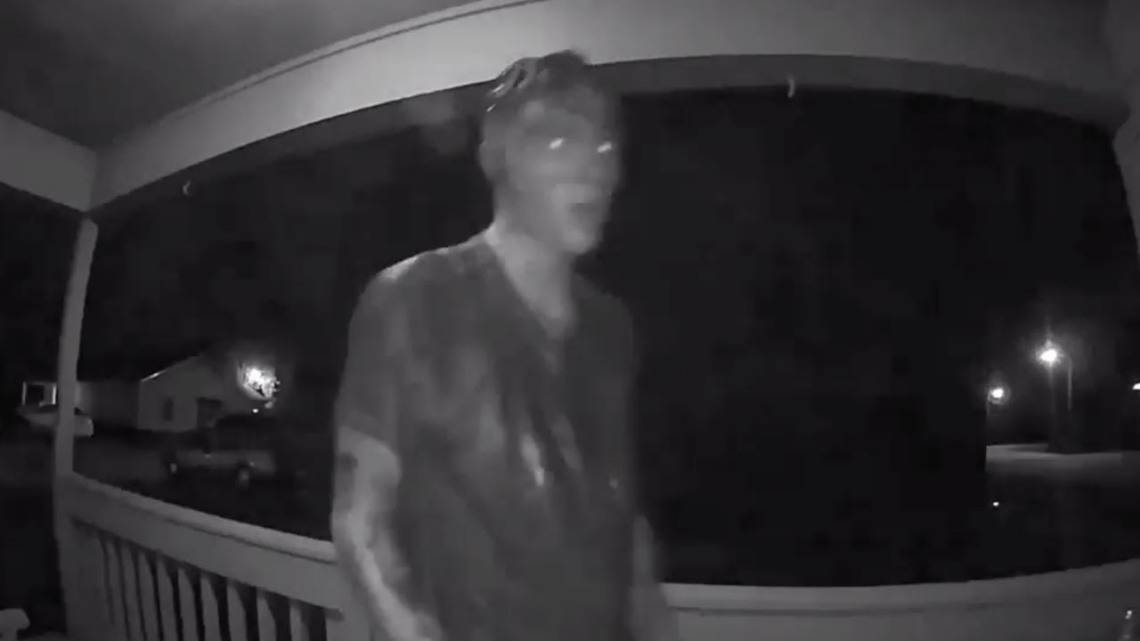 Once, when ET was a kid, a stranger came into the house. It was not a break-in; how could it be, if the fellow had come up the walk and through the door as though by invitation? Her mother was at home, but in the backyard. ET had been the one to greet him, as it were. He might have been a vagrant. He did not smell fresh and he wore his clothes in layers. She tried to recollect clues as to what else he was, for no one was ever just a vagrant. Was he tattooed? Did he wear any decorative pins with slogans, I Love Jesus But I Cuss a Little, I’m So Poor I Can’t Pay Attention? He did have one, she remembered, on his collar that said, Your design here.

She watched from the stairs as he let himself in, following him a few feet behind as he poked around, went into the kitchen to help himself to a banana, a snack bag of Doritos, other things from the pantry, slipping them into his knapsack. But then, he went into his coat pockets, coming out with things that shone. In place of the missing banana, the chips, and everything else, he left treasures: a gold ring set with an opal, a seashell, a blue cigarette lighter, a rosary with turquoise beads.

He must have sensed that she was there because he did not turn around to address her. “The lighter belonged to Blind Owl Wilson. That’ll buy you a week’s groceries.”

The fellow turned then. He had a gap between his front tooth and canine on top. “You mean, Who-ooo’s Blind Owl Wilson?” he hooted.

ET’s mother nodded. “Was that all?”

“Some chips, some cans of soup—”

“—some cookies, some peanuts. He paid us for them.”

Her mother shook her head, following ET’s finger to the counter and finding, not cash, but things that shone. ET told her mother about the lighter. “He said it would buy a week’s groceries.”

Her mother fingered the rosary, brought the opal close to squint at it like a real jeweler. She claimed that they were distant relations of Charles Lewis Tiffany. “That Tiffany,” she would add. “To know quality when you see it is in our blood.” And ET did have an aunt who worked at the jewelry counter at JC Penney’s. The light fell to set the colored streaks ablaze, pink, green, blue, gold. It almost didn’t look real, like an artifact from a fairytale. ET’s mother went on, “So, he just left it here? I wouldn’t wonder where he got it from. Likely doing the same thing he did here, helping himself to other people’s bananas and family heirlooms. Still. Still, we wouldn’t know where to take it back to if we don’t know where he got it. It might be interesting to see what it’s worth, don’t you think? What say we take it somewhere? Get it evaluated.”

ET thought of her aunt. “To JC Penney’s?”

Her mother scoffed and put the ring in a plastic sandwich bag for safekeeping.

In the end, they brought it to an appraiser, who determined the ring’s value to be somewhere between two and three thousand dollars. “Fourteen karat white gold,” the appraiser said of the band. “And a solid Boulder opal, floral pattern. From Queensland, Australia, I’m sure. Three-millimeter thickness. I think this’ll get you more than groceries. Down payment on a car, if you want.”

ET kept the lighter until its fluid ran out and her mother threw it away. The seashell they kept in the bathroom where it anchored the stack of washcloths. The rosary her mother added to her own jewels, wearing it once to a holiday party before it made her break out in a horrible rash. She had been ready to throw that away, too, but it disappeared. “Just as well,” she sighed. “Let the angel get an allergic reaction.” It was what she called the fellow who had let himself in, following the ring’s fortuitous appraisal.

This was also an era in which angels were a big thing. Victoria’s Secret introduced its show of angels, Tyra Banks and Stephanie Seymour in wings and lacy negligees. Touched By an Angel and Wings of Desire. Those cherubic crystals you could buy in New Age shops. Everyone ET knew at the time seemed to have a plaque or an embroidery sample or framed watercolor of the Psalm, “The angel of the Lord encampeth round them that fear him, and delivereth them.”

Encampeth smacked to ET of tents, campfires, clothes worn in layers, footsore, crooked smiles with gaps between front teeth and canines, scruff, odors, vagrancy. Like the hoboes of the Great Depression who followed their own code written by the railroad tracks to warn their brethren of unfriendly policemen, or to point them in the direction of work and a meal. A cross meant “angel food”, wherein ministers fed transients after Sunday services.

Where were your wings?

Where were you now?

Maybe it was a week or a month following the opal’s appraisal that a neighbor called the police. A man had come into the house. He had not taken anything, nor did that seem to be his mission. As at ET’s, he had let himself in, but he did not poke around. He had not even gone as far as the kitchen. The police speculate that he sat and waited, either in the living room or, more likely on the staircase’s bottom step, taking his patience in sips, maddening calm, the way a feral cat stilled itself before pouncing. No one was around but him. The neighbor, come back from an afternoon of shopping, might have been hindered going in, arms full of frozen food and a package of paper towels. But the door had glass insets, intricate, pretty if not entirely functional, clear enough to catch a dark shape on the other side. She could see its pulsing, raising and lowering a little with each breath, so she knew that it was alive and unwelcome. Looking airy, unconcerned, trying not to run, she made it to ET’s mother’s house, asked to use the phone.

The police said he’d had a knife.

ET never did learn if it was the same man.

Pam Jones was born in 1989 and raised on the East Coast. She now lives in Austin, Texas, with her husband. She is the author of two novellas, The Biggest Little Bird (1888Center, 2013) and IVY DAY (Spaceboy Books, forthcoming June 2019), and a novel-novella duet, Andermatt County: Two Parables (The April Gloaming, 2018). Her short fiction has appeared in The Cost of Paper and Boned: A Collection of Skeletal Fiction.