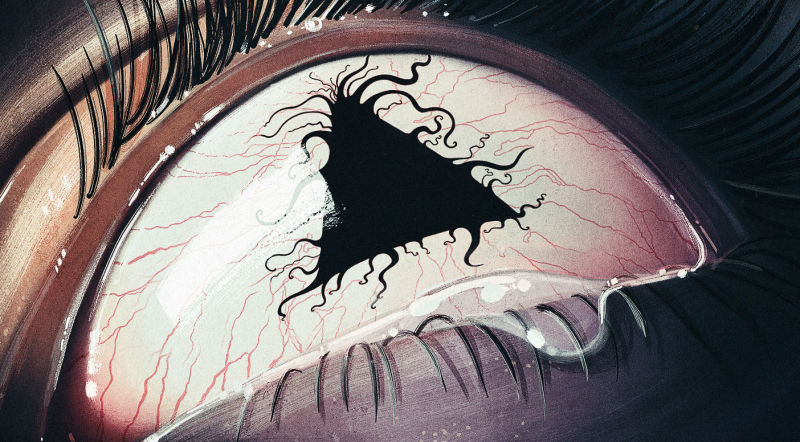 Previously, I discussed a film described by some as ‘Lovecraftian’. I rejected this designation, observing that ‘for a text to be truly Lovecraftian, it requires more than cults and monsters and strange religious practices—it requires existential dread’. Here, I shall discuss a film that does meet this designation, and I shall explain why. But, further exploration and excavation of this designation is required first.

Let’s dispense with something—the word itself, ‘Lovecraftian’. I find this word undesirable for several reasons, though they all hinge on one.

Namely, that it is a name. Or, rather, a crude and somewhat ugly transformation of a proper noun into an adjective. There’s nothing inherently wrong with this. It can be critically and categorically useful to deploy such words—Orwellian, Dickensian, Kafkaesque—to refer to a particular style or aesthetic that follows from a seminal author’s work. Or that was most notably codified in that author’s work. But it has connotations one may have good reasons for resisting. It carries the implication that a work is derivative. The word can bind, tether, limit.

Considering the bigotries that infested the man’s work and life, there are very good reasons we may resist invoking his name too often. What’s more, it feels as if binding the aesthetic that Lovecraft helped inaugurate too closely to an individual does it a disservice—this is, after all, about the horror of the impersonal.

Instead, many favour ‘cosmic horror’. It separates this trajectory from too close a proximity to an individual. It allows it to move on its own, incorporating more disparate elements. We can consider works in this grouping against their own merits and cast our eye over a wider variety of influences than simply Lovecraft’s. The heart and hallmark of cosmic horror—rather than cults and monsters and unspeakable rites—is the absence of discernible purpose, the alien call of the unknown, the abyss at the heart of all things and of every thing.

In a word—the void.

All this being said, The Void (2016) does actually contain cults, monsters, and strange rites. But, it is not cosmic due to them. Rather, it uses them to allow the cosmic to play itself out. We honestly don’t need to spend too much time on the plot. What makes The Void interesting is its atmosphere and its aesthetic. It is a film that takes the unknown, causes it to blossom grotesquely into a lumbering thing of mutated biomass, and sends it at you, screaming. As this unnameable entity rushes towards you, it doesn’t care about your questions, and even if it did, it couldn’t answer you in a language comprehensible to a brain that can only experience three spatial dimensions.

Contra Apostle, there is no moral to be edified by, no human(e) hopefulness shining through that can guide us to catharsis. Rather, The Void is an exercise in an aesthetic of the vast and unknown. At several points, we are confronted with montages—stars, nebulae, an alien landscape, and looming through the clouds a great, black, pyramid. These images are literally cosmic in the colloquial sense, but in the narrow definition we’re using here—the ‘cosmic’ component of ‘cosmic horror’—they have more to say. At no point do we ever find out what it is that we’re looking at, or how it relates to the story, except that it relates somehow. The mystery of these images throws us into a place of unknowing. We look, but we don’t know what at.

This is the conceit of the movie. It calls our attention to the unknown, but without making the unknown known. It announces the cosmic. More than that, it opens us up to the cosmic. Our sense of knowing the world and our place in it is broken by the confrontation of forces and entities previously not only unknown, but beyond our capacity to know. More like a dark revelation, things we could not have discovered on our own are shown to us. This is apophatic apocalypse—a negative revelation, a revelation of our ignorance.

This is the curious epistemological status of the ‘known unknown’. Knowing that the unknown is, is a form of knowledge. But, the content of this knowledge is drastically limited, and can say little if anything beyond the mere brute fact that some thing exists. But its essence is beyond our ability to grasp. Against this, appeals to purpose and meaning are burnt away by a previously undetected form of radiation.

The Void achieves this through imagery and suggestion and implication, through visuals and music, more than through narrative. Although, the narrative shouldn’t be disregarded as such. The villain speaks the delicious line ‘You’d be surprised at the things you find when you go looking …’ and in so doing, hints at a yawning abyss of existence swarming with knowledge we could not have even suspected before.

The fact that story takes place in a rural hospital—perhaps far from town, but not that far—involving people who are perfectly ordinary, is especially disturbing. This is what is often the most exciting and frightening feature of good cosmic horror. The great, unknowable monstrosity, the blasphemy against reason itself, is not remote, but unbearably proximate. This perhaps takes us to the most truly evocative element of cosmic horror—the discovery that the world is not as you took it to be, and the destructive awareness that you can never go back to thinking what you thought before.

The stars can no longer shine because you know things swim between them. Things that lurk, shudder, hunt, and dream.