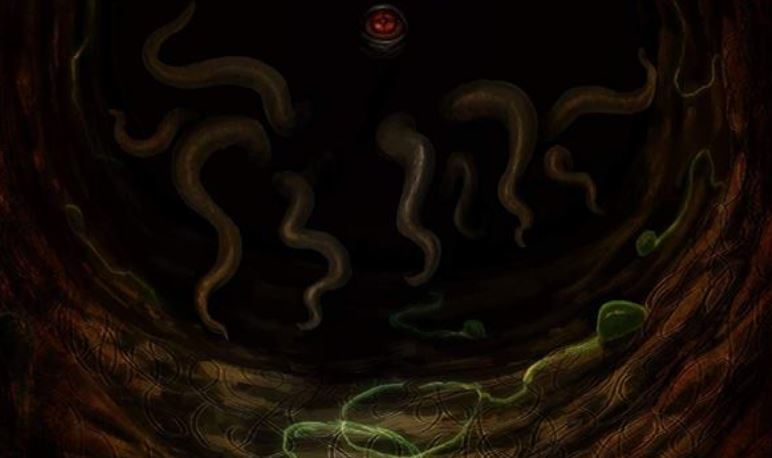 It all began for me on a Saturday night when I was eight years old. I had awakened thirsty and crept down the stairs to get a drink of water. As I tiptoed past the living room, careful not to make the slightest sound, since I wasn’t supposed to be up, I heard the most terrifying sounds coming through the closed French doors. There were children screaming, some kind of hideous howling, and an unearthly laughter that made my skin crawl.

I lay down on the floor, utterly still, for several minutes, afraid of being discovered but unable to tear myself away from the caterwauling behind those doors. What could be making those sounds? Obviously, something on TV, but what? This didn’t sound like Red Skelton, or the Wonderful World of Disney, or anything else I was used to hearing.

When the doors opened, and my mother stuck her head through the opening, I was equally afraid of being discovered out of my bed past my bedtime as I was of the ungodly racket from the television. I managed to stammer—

She didn’t order me back to bed, so I seized the opportunity.

“Can I watch too? Please? It’s not a school night so can I please stay up? I have to see what’s making that noise!”

I must have been pretty cute at that moment because she relented, and I slid into the room, still quiet, not wanting to disturb my father, because he might still send me away. I curled up at the foot of the couch and gawked at the strangest scene I’d ever seen on TV.

It turned out to be the Saturday night Creature Feature. This night it was War of the Colossal Beast, directed by Bert I. Gordon, a sequel to his 1958 sci-fi flick The Amazing Colossal Man. I was transfixed by the images unfolding before me. There stood a fifty-foot tall radiation-mutated man, one side of his face so horribly disfigured the eye socket was an empty, gaping hole. He held a school bus filled with screaming children in one hand and shook them back and forth while his monstrous voice boomed, taunting the tiny people on the ground. My mind was on fire!

Every Saturday night thereafter, without fail, I was right there in front of the family TV set, ready for whatever shocking horrors Creature Feature would bring my way that night.

Creature Feature was an innovative package of programming at the time, offering various markets a collection of horror and science fiction films from the 1930s to the 1950s. It wasn’t all awful schlock like War of the Colossal Beast, there were classics too, like Frankenstein and Dracula, War of the Worlds and The Day the Earth Stood Still.

A whole new world opened up for me, and I ate it up voraciously. From that night forward, I was a horror fan, seeking thrills and chills wherever I could find them. Ghosts, monsters, aliens—they were all fodder for my hyperactive young brain. I soon discovered the phantasmal delights of Dickens as my third-grade class produced A Christmas Carol as a school project. There was only one part I wanted. I went after it and got it—the spectral Ghost of Christmas Yet to Come. I was in my element.

This was the 1960s and this scary stuff was everywhere. I found an oversized coloring book of classic movie monsters. I copied the address of the publisher from the title page and wrote to them explaining how much I loved monsters and would they please send me anything else about monsters they published? They wrote back promising they would!

Packages of school-lunch-sized bags of Fritos came with tiny monster figurines, and for months I ate nothing but Fritos so I could collect them all.

I soon discovered my local neighborhood theater (the neighborhood theater—a concept that no longer exists and is sorely missed—is a building with one screen meant to serve a community within walking distance) ran double feature matinee Saturday afternoons and I was there every weekend with my one-dollar allowance clutched in my hand. Fifty cents got me in with money left over for popcorn, candy and soda pop. I received a Grade-A education in horror cinema at the Center Theater in Omaha. On a good weekend they’d show two Hammer films, like Curse of Frankenstein paired with Horror of Dracula, or a couple of Corman films like Fall of the House of Usher and Bucket of Blood, or an AIP double feature like X: The Man with the X-Ray Eyes and I Was a Teenage Werewolf. And in between all the cinematic scares would be old newsreels, a couple chapters from old 1940s serials like The Purple Monster Strikes or Flash Gordon Conquers the Universe, cartoons, and prize drawings.

There was no stopping me. I needed more horror, and in more forms. My sister lent me an Edgar Allan Poe collection. This stuff was the real deal! For Christmas my parents gave me a glorious hardbound edition of Tales of the Uncanny and Supernatural by Algernon Blackwood. A lot of that went over my head, but it expanded my vocabulary and fostered in me a lifelong love of reading. I graduated from garish full-color comics like Superman and Spiderman in favor of atmospheric black-and-white horror comics Eerie and Creepy, and their sister film magazine Famous Monsters of Filmland.

It was in the pages of Famous Monsters that I came to admire “Uncle Forry” Forrest J. Ackerman, editor, chief writer, and master punster. Ackerman nearly single-handedly created horror and science fiction fandom, kept alive the memories of greats like Lon Chaney, Karloff, and Lugosi, and inspired an entire generation of horror writers, actors, producers and directors, many of whom wrote in to the monthly letters column, as did I, even finding a couple of pen-pals along the way. It was a revelation there were others all across the country—the world, even—who delighted in the odd, the unusual, the dark and scary things.

Inspired by a viewing of Jack Arnold’s Incredible Shrinking Man, I wrote my first story—a derivative tale of a man who drives a boat through a mysterious blue cloud and is transformed into the Blue Mist! My next story was more original. It was titled “Hodicus Podicus” and took place on a future Earth so overcrowded there was no more room to bury dead people—so they shot them into space in airtight canisters. (Hey—I was only ten. Just go with it.) Warring crews of space-faring grave robbers fought over the most sought-after bodies. Grave robbers in outer space!

Anything strange and unusual set universes wheeling and spinning through my mind, no matter how lurid or sensationalistic they might be! I read and reread A Pocket Guide to the Supernatural, by Dr. Raymond Buckland, which purported to give step-by-step instructions for conjuring spirits, casting spells, and communicating with ghosts.

I devoured everything I could find by Brad Steiger, a hack purveyor of promiscuous possibilities and wild realities that nonetheless spoke to adolescent me with titles like Voices from Beyond; Real Ghosts, Restless Spirits, and Haunted Minds; Strange Men and Women; and ESP: Your Sixth Sense.

Halloween was, of course, my favorite holiday. It alone celebrated the dark side of human nature, bringing together for one night everything I loved—ghosts, monsters, the unexplained, and since everyone dressed up in crazy costumes, it tapped into my creative impulses.

At first, Halloween was a joyous adventure of freedom and wild abandonment as my friends and I would don our disguises and roam the streets, parents and adults forgotten and left behind, braving the shadows of the dark night, eagerly searching for spooktacular delights far and wide.

As I grew older, however, I wanted to do the scaring, the haunting. One year I took over our back yard setting up Tiki torches to provide a flickering ambiance and manufacturing a homemade coffin out of a refrigerator carton and populating it with a mummy I made with my own hands. Behind a gravestone I set up my record player and turned up the volume on Walt Disney’s Chilling, Thrilling Sounds of the Haunted House—still the best Halloween sound effects recording on the market. I scared the bejesus out of the neighborhood kids.

The next year, armed with my Dick Smith Do It Yourself Monster Makeup Book, ordered from the back pages of Famous Monsters, I made my own set of fangs and turned our front hallway into a vampire’s lair. I still love Halloween as the greatest of holidays, but it’s lost a lot of its wild spirit. It’s now been codified and commercialized into something you buy at a store. I miss the imagination that went into it.

Which brings me around to Howard Philips Lovecraft. I discovered HPL in my early teens and his writing shivered my soul like no other writer had. Though the man himself has fallen into disfavor recently because of his virulent racism, and rightly so, the cosmic terror at the heart of his writing struck something that my teenage mind had never encountered before. With his rugose cone creatures, tentacled unfeeling gods, abstruse geometry, and truly chaotic universe, I really felt fear when reading his works.

Many times, after reading a particularly esoteric passage, I would get up out of my chair and look back, hoping like hell I didn’t see some yawning chasm or intergalactic portal opening up behind me. His monsters were not the Earthbound vampires, werewolves or man-made creations I was used to. These were powerful alien forces that cared little for humanity’s pitiful struggles.

I didn’t think of trying to emulate this feeling of cosmic dread in my own writing until I attended the HP Lovecraft Film Fest & Cthulhu Con in Portland, Oregon, in 2012. It was a revelation to me there were so many other fans of this type of writing. So many, in fact, an entire cottage industry had grown up around “the Mythos.” I came away inspired.

I vowed to write my own cosmic horror story, and to follow his lead by including local history and locations in my work. But I wanted to go further—I wanted to stretch beyond HPL’s worldview and address his racism in some fashion. One of my protagonists would be a former slave who had bought his own freedom, only to find himself held prisoner underground, in Portland’s infamous Shanghai Tunnels. The resultant story, “Under the Shanghai Tunnels,” was my first excursion into cosmic horror, but it wasn’t my last—though it is still one of the pieces I’m most proud of.

My collection, Under the Shanghai Tunnels: And Other Weird Tales, consists of six stories, a monster in every one, ranging from otherworldly flesh-eating slugs, interdimensional shoe monsters, giant green gorillas, a world-spanning jellyfish, and even a single, enticing white rose. You can find the book here.

And you can tune into my Halloween radio station “Welcome to Weirdsville” here. 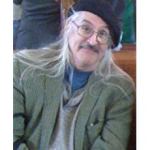 Lee Widener started writing stories and drawing cartoons around the age of ten. During his teens and twenties, he got involved in theater. He acted, did backstage work, even directed, wrote scripts, and ran his own company. He worked with and briefly studied with Obie Award-winning playwright Megan Terry. His growing list of publications includes Under the Shanghai Tunnels: And Other Weird Tales and Rock ‘N’ Roll Head Case, which is part of Eraserhead Press’ New Bizarro Authors Series.

Gabino Iglesias is a writer, journalist, and book reviewer living in Austin, Texas. He’s the author of Zero Saints. Find him on Twitter at @Gabino_Iglesias