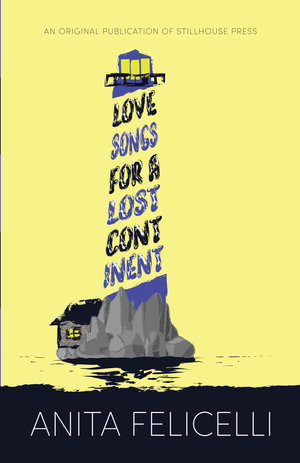 Anita Felicelli’s Love Songs for a Lost Continent is a collection of stories that is deeply-rooted in everyday labors of identity as we go through life—as friends, parents, lovers, and individuals. They are stories of people who are not looking to be heroes but are characters who find themselves facing their worst. As the author says in her acknowledgments, this book is a collection of “lifelong compulsion[s] to write all the things that good girls don’t.” It’s perhaps because of this that she doesn’t shy away from revealing characters as they are—the good and the bad, thus making them very human. She pushes her characters towards existentialism by often playing with magical realism to question who they are—with and without context. The very consciously organized stories in Love Songs for a Lost Continent explore a range of themes from identity and sexuality, to motherhood and self-love—all written with a singularity that both unites the stories as a whole in their inherent longing, but which also gives them the space to be solo love songs. For instance, the collection’s first story, “Deception,” is one-of-a-kind in the book because the main character is married to an animal; however, the use of Indian mythology rings true in other stories as well, such as “Love Songs for a Lost Continent” and “Elephants in Pink City”—as well as others. Yet because the stories also are so neatly cocooned around other themes, Indian mythology becomes a motif that explores and enriches the stories.

“Deception,” a story heavily reliant on magical realism, as well as social criticism, pushes at the boundaries of truth and reality. It’s the story of young Sita, who is blamed for her husband, a Bengal tiger’s, murder. We are aware of Sita’s displeasure from the very first line: “Sita’s family married her to a Bengal tiger,” making it clear that it was a forced marriage. However, after the ‘honeymoon’ phase, during which he is described to be “resolutely romantic,” his behaviors change for the worse. Much of the drama is not spent laying out the details of the physical abuse, but rather in describing Sita’s experience with lie-detection machine Smriti 3000, which is a much like a MRI machine that detects how brains light up in response to certain phrases. This shows how easily the fictional opinions of others can be understood as truth and ruin one woman’s life. On the other hand, the murder of the tiger is presented in a way that we are made to both doubt the main character but also sympathize with her. Sita, after all, has the motivational cause because she has been cheating on her husband and aborted their cub. If anything, the spiteful descriptions of Sita’s disgust towards the tiger—because of the physical abuse and lack of aid from her family and community—make her innocence questionable. This raises the larger question of if she is really to blame for the tiger’s murder. After all, underneath the bizarreness of a tiger eating jalebis and dosas, a lie-detection machine, and her family’s lack of support, it is just another story of a woman who tries to get out of an abusive relationship. So by writing the story that first comes across as being heavy on Indian folklore, but later by adding a lie-detection machine, Felicelli presents her commanding flow of narrative. In this way the story prepares us for dense, raw emotions of the collection, with little to no introduction or description of main characters.

Likewise, there is an urge in the collection for the characters to understand themselves in the reflection of the world around them. Each story seems to silently ask: who are you? In the title story “Love Songs for a Lost Continent,” the main character, an Indian-American, questions his love for Komakal: “I’d never loved anyone before, how did I know that I loved her?’ This comes right after his fourth confession, the first three being lies. By only sharing important facts such as the main character’s love for Kumari Kandam folklore, his mother’s love marriage with his father of a higher caste, and that he received the Fulbright scholarship, we are compelled to focus all our attention to his interactions with Komakal to understand what “love” is in this story. He meets her while doing his research on Kumari Kandam, but being adrift himself, between his life in California, and his sentiments for being Indian, it becomes a question of what he is searching for: a home or something else. Because, the narrator himself admits, the stories of the lost continent are no more than stories “about longing for origins.” While in actuality love seems to be as fictional to him as the stories of Kumari Kandam. Yet in Komakal’s passion and possession of Tamil language he feels as if he could finally understand love. However, it’s a love that’s lost in the tidal wave of his slowness in grasping his own feelings—and Komakal’s depression. In the concluding passage we find the resolution to their loss, paying homage to all who have ever felt as if they would “always be between things and places and people, never all in.” The passage takes us to the beach alongside the narrator feeling like a “lost continent unto” himself.

Out of thirteen stories—with the exceptions of “Elephants in the Pink City” and “Love Songs for a Lost Continent”—the majority of the collection is narrated by women. They vary in age and backgrounds, but most are either from the upper class or married into it. The unifying characteristic is their alienation—highlighted by either their identity as Indians or because they are women who aren’t “good” women by any means. Rather, they are women who can stand up for themselves. Whether it’s by leaving an abusive husband and father and doing everything a mother can to protect her mentally-ill son in “The Art of Losing,” or by getting out of a relationship with a drug-addicted boyfriend in “The Logic of Someday”—these women make their own choices. They use what they learn for themselves, like the college student who learned to be a con-artist during her cross-country trip and stole from the very man who taught her. And they make mistakes—like in “Everywhere, Signs,” where a lie told because of school bullying becomes something more terrible. In the reimagining of native vs. imperial, in “Once Upon the Red Island,” a whole population is left to the mercy of a great fire, in the aftermath of vanilla pods being stolen. While exploring the anguish of a woman who can’t get pregnant—in “Wild Things”—an erotica writer feels burdened by her boyfriend’s hope of pregnancy but consequently destroys another relationship.

Overall, the stories do feel heavy and dense—as if taking a tedious journey through the thick forest—frequently because of their Indianness and especially if you are a non-Indian reading it. But after reaching beyond the subtleness of caste tensions, Indian folklore, and non-defined Tamil words, it is the tightness of details, language, and concepts, combined with ordinary characters, that makes the collection a sublime read. And a great book with which to begin exploring the Tamil diaspora.

Buy Love Songs for a Lost Continent at Amazon

Buy Love Songs for a Lost Continent at Stillhouse Press

An immigrant as well as student of postcolonialism, Mahnoor Khan is a recent graduate from Brooklyn College.