The journalist, singer/songwriter, and activist has called on some of the biggest names in the music industry to support the US Army soldier and whistleblower. 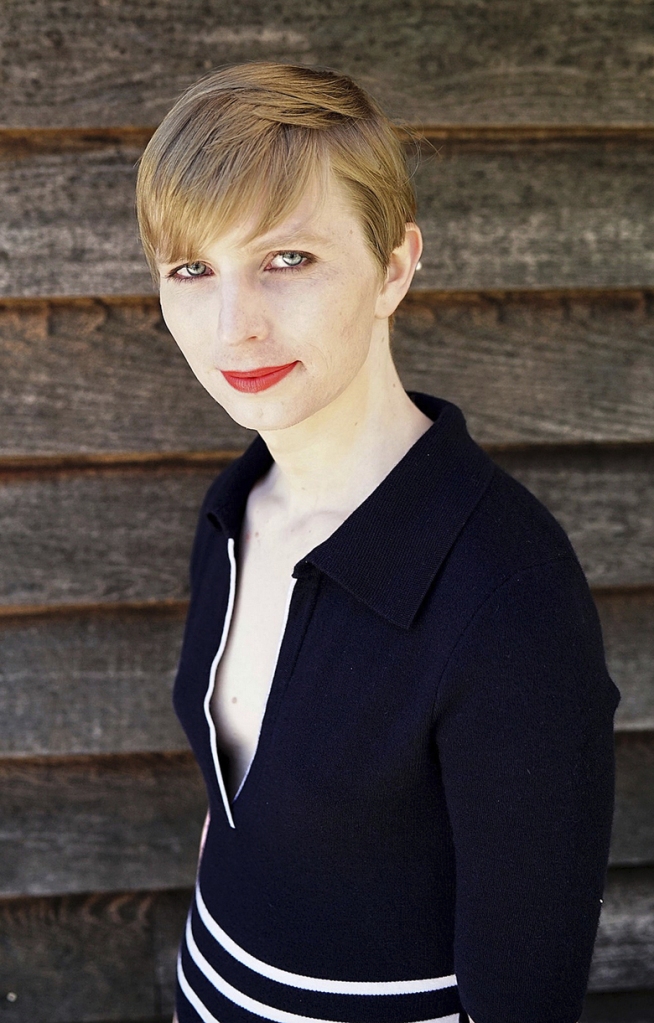 The name “Chelsea Manning” invokes a wide variety of reactions—people think she’s either a patriot or a traitor, a freedom fighter or a terrorist, a symbol of hope or a symbol of a society going straight to Hell in a handbasket.

For Evan Greer, however, Chelsea Manning is simply something else: a friend.

“She is one of the most compassionate, humble, and brilliant people I have ever had the privilege to get to know,” she told me in an exclusive interview. “Even in the darkest moments, when she was facing ongoing harassment from prison officials and denial of access to basic healthcare, she would always ask me how I was doing, and if there was anything she could be doing to support me. She is an incredibly selfless person, and has always been motivated by a deep desire to help others and make the world a better place.”

So, when Manning was released from prison after seven years of confinement, Greer was all-too-happy to put together a benefit album in her honor. The album, which features some of the biggest acts in the music industry—including Michael Stipe of R.E.M., Talib Kweli, Tom Morello, and Thurston Moore of Sonic Youth—has already raised $10,000 for Manning’s benefit, and all the proceeds benefit her, directly, thanks to her sister setting up a bank account for her.

Speaking on his contribution to the album, called Hugs for Chelsea, Graham Nash of Crosby, Stills, Nash and Young, said that he was happy to contribute to the benefit album because he was inspired by Manning’s courage. “Chelsea Manning is one of my heroes. Anyone that has the courage to disturb the ‘status quo,’ to ‘rock the boat’ as she did is very brave and what she did was show some truth to the American people about what the government was doing in our name. God bless her,” he said.

Tom Morello—best known for his work with Rage Against The Machine and Audioslave—agreed with Nash’s assessment. “Chelsea, thank you for your bravery. You’re a true American hero and an inspiration,” he wrote. “Welcome home. I hope we get to meet one day. Relax, enjoy time with friends and family and then please run for President.”

Chelsea Manning first made the news back in 2010, when she was charged with a total of twenty-two offenses, including aiding the enemy (also known as treason), a crime that carries the death sentence in the United States. The charges stemmed from her actions earlier that year when, assigned to an intelligence unit for the United States Army, she leaked classified information to the controversial Wikileaks website.

The classified information eventually became known as the Iraq War Logs (which documented how, of the more than 109,000 people who died during the Iraq war, more than 65,000 were civilian deaths) and the Afghan War Diary, which is considered the largest leak in United States military history, that documented similar shocking casualties, as well as increased Taliban attacks, and Pakistan’s role in the Afghani insurgency. (According to The Washington Post, Wikileaks claims to not know the source of the leaks, though they haven’t outright denied Manning’s involvement.)

Greer, however, doesn’t view her friend as merely a whistleblower. “By fighting and advocating for herself as a transgender prisoner, she set legal and social precedents that will benefit thousands of trans people in prison. She fought legal battles, wrote about her experiences, and even went on hunger strike to demand basic humane treatment and access to the gender related healthcare that she needed. She has changed the course of human history and her actions have saved countless lives,” she said. 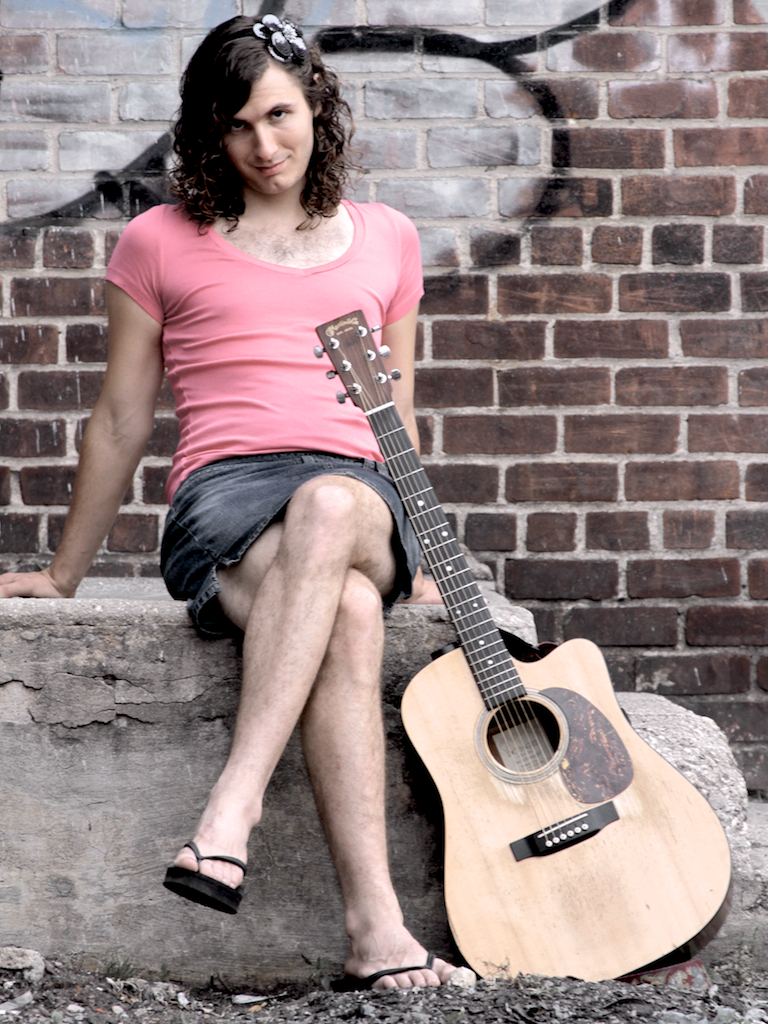 And while much ado has been made about Manning’s return to “normal” now that she’s been released from prison (a lead story in Us Weekly boasts photos of Manning going shopping in New York; another in the Daily Mail shows her at the optometrist, though the headline suggests—erroneously—that she’s living the “high life thanks to Obama”), Greer notes that Manning is still learning to readjust to everyday life. “[The album] is to help her cover her basic survival needs while she takes some time to readjust after seven years of incarceration in inhumane conditions,” Greer wrote on Twitter in response to a curious follower.

Manning’s abuses in prison have been well documented. The abuse she suffered was so severe that, on July 5, 2016, she tried to end her own life. But perhaps most egregiously, Manning faced a whole new series of charges on July 28, 2016, regarding her suicide attempt. She was sentenced to fourteen days of solitary confinement, and while seven of those days were suspended indefinitely, she wasn’t given the opportunity to appeal the sentence.

She tried, again, to take her life in October 2016, after she was placed in solitary confinement again. The information about this second suicide attempt wasn’t released until Manning disclosed it the following month.

Despite the suicide attempts, the hunger strike (which lasted for five days in September 2016, and ended five days later), and everything else associated with Manning, she just wants to be known as a person. Writing for her Medium blog, she said, “I admit that I want to be seen and understood as the woman that I actually am — with all of my flaws and eccentricities — perhaps at the expense of what people expect me to be. I hope I don’t let anyone down, but it just feels better, and more honest, to reveal my boring old self.”

This sentiment—this very human, real sentiment—is one that’s echoed by Greer, as well. “Take the time to educate yourself about trans people and our experiences. Integrate basic practices into your life that support trans people—like asking for pronouns or avoiding unnecessarily gendered language. Step up and defend trans people when you see us being harassed or assaulted. Listen to trans voices, rather than making assumptions about our community based on what cisgender journalists write about us,” she said.

And, standing in solidarity with her friend, Greer said that she organized the album as a “welcome home” present for her embattled friend. When she first put the word out, she almost immediately had enough music for nearly forty tracks on the compilation.

The list reads like a who’s who of music: in addition to the aforementioned Stipe, Morello, Moore, Kweli and Nash, the album features original music by Against Me!, Amanda Palmer, punk legend Jello Biafra (Dead Kennedys), Kimya Dawson, Ted Leo, Mirah, Downtown Boys, Flobots, Priests, and tons more. (The full list of artists, and the album, can be seen and purchased here.)

For Greer, this album is just a natural extension of her normal, activist self. “As a transgender musician and activist who fights for my community, I’m always looking for ways to use music as a tool to support movements for justice and liberation,” she said. 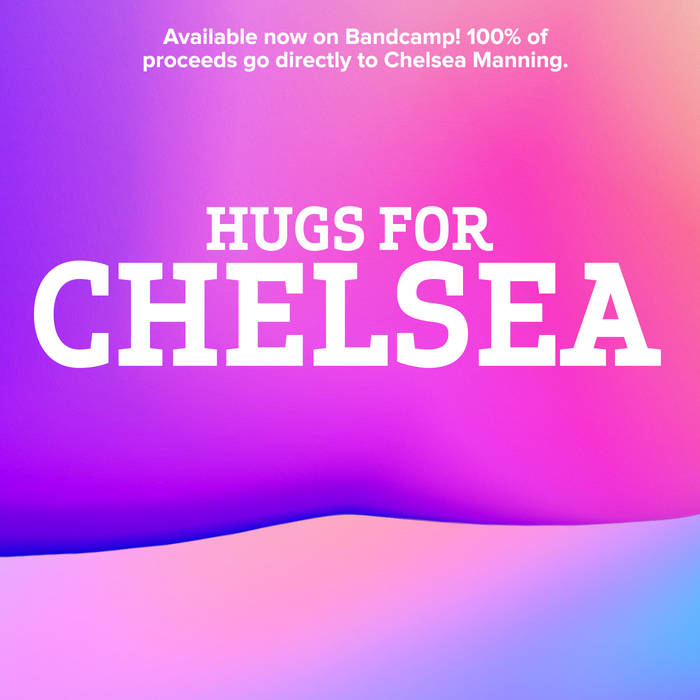 Plans haven’t been made yet for a benefit concert featuring this all-star lineup, though Greer believes it’s a possibility. However, the “when” it will happen will be up to Manning. “Right now, it’s important that we respect her privacy and let her take the lead. It’s the first time in seven years that SHE gets to decide what happens next, and lots of people like me will be right there to support her,” she said.

As proof that she’s all-too-happy to support her friend, Greer scoffs at the idea that Manning was a “traitor.” To her, Manning is a symbol of patriotism and humanity. “We need to change our collective understanding of the word ‘loyalty.’ Those who criticize Chelsea almost always complain about the fact that she ‘took an oath,’ and then ‘broke it,’ she said. “The reality is that Chelsea took an oath to uphold the Constitution and that’s exactly what she did. Her loyalty lies with her fellow humans rather than with an arbitrary hierarchy. That should be true for all of us. So, while we need stronger legal protections for both whistleblowers and transgender people, more importantly, we need massive culture change.”

But this “culture change” is something that Greer doesn’t believe will come from the government (and especially not the Trump administration). Greer points out that while Trump is certainly awful (in that he claims to be a friend to the LGBTQ community, but then attacks other disenfranchised people like Muslims, people of color, and immigrants), fighting for each other’s fundamental rights is something that we should all do, regardless of who’s in the Oval Office.

“It’s crucial that our communities come together and create networks of solidarity so that we can protect each other and fight for each other when necessary,” she said. “As we enter Pride season, I urge my fellow queer and trans folks to resist co-optation and assimilation, and instead choose solidarity with other vulnerable communities who are being targeted by this administration.”

You can donate directly to Chelsea Manning’s cause by purchasing a benefit album, or by donating on her GoFundMe page. You can find out more information on Evan Greer at evangreer.org.

Chelsea Manning is a former intelligence analyst. She is a trans woman. On January 17, 2017, her sentence was commuted and she was released early from prison.

Evan Greer is a trans/genderqueer activist singer/songwriter, parent, and organizer based in Boston. She writes and performs high-energy acoustic songs that inspire hope, build community, and incite resistance! Evan tours internationally as a musician and speaker, and facilitates interactive workshops to support movements for justice and liberation. Wielding an arsenal of fiercely radical songs that vary in style from pop-punk poetry to foot-stompin’ bluegrass singalongs, Evan has been honored to collaborate, tour, and share stages with artists as musically diverse as Pete Seeger, Against Me!, Talib Kweli, Tom Morello of Rage Against the Machine, Ted Leo & the Pharmacists, Michael Stipe (REM), Amanda Palmer, Immortal Technique, Kimya Dawson, Thurston Moore (Sonic Youth), Hari Kondabolu, Billy Bragg, Pamela Means, Anti-Flag, Downtown Boys, The Coup, Anne Feeney, Oi Polloi, Dispatch, Dirty Projectors, Screaming Females, and Chumbawamba. She’s currently the campaign director for Fight for the Future, the viral digital rights nonprofit behind the largest online protests in history. Evan writes regularly for The Guardian, Time, Newsweek, and HuffPost, has been a guest on Good Morning America and All Things Considered, and has been interviewed about her music activism by the New York Times, Rolling Stone, TIME, Pitchfork, NBC News, Billboard, the Wall Street Journal, Spin Magazine, CBS News, Washington Post, Democracy Now!, The Atlantic, The Nation, CNN, Mother Jones, and even Fox News.

Bernadette Giacomazzo is an editor, writer, and photographer, with more than twenty years of experience in these respective fields. Her work has been in People, Us Weekly, The Los Angeles Times, The New York Post, Vogue Italia, and more. Currently, she contributes to a variety of news and entertainment sites, and she’s finishing up the first book in an ongoing dystopian novel series called THE UPRISING. Find out more: bernadettegiacomazzo.com.