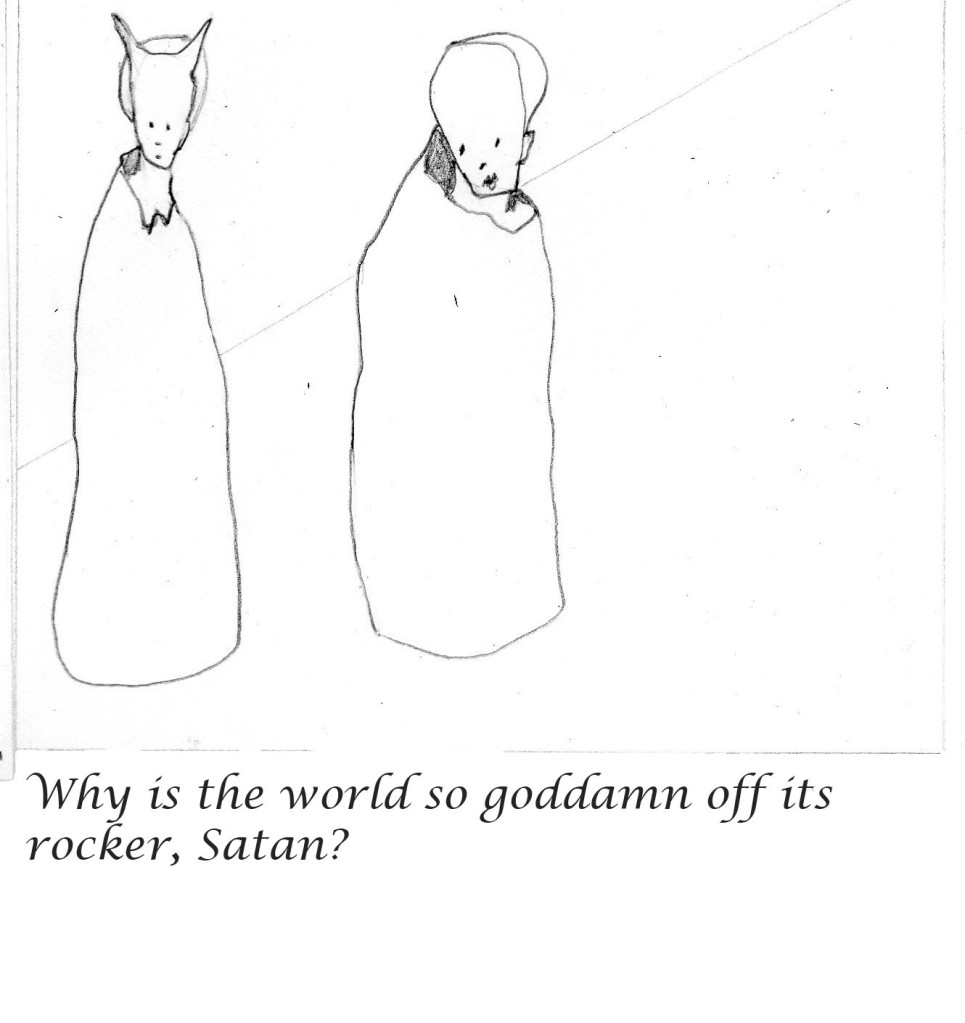 Gonna Put Them on a Train

He Only Played One on TV 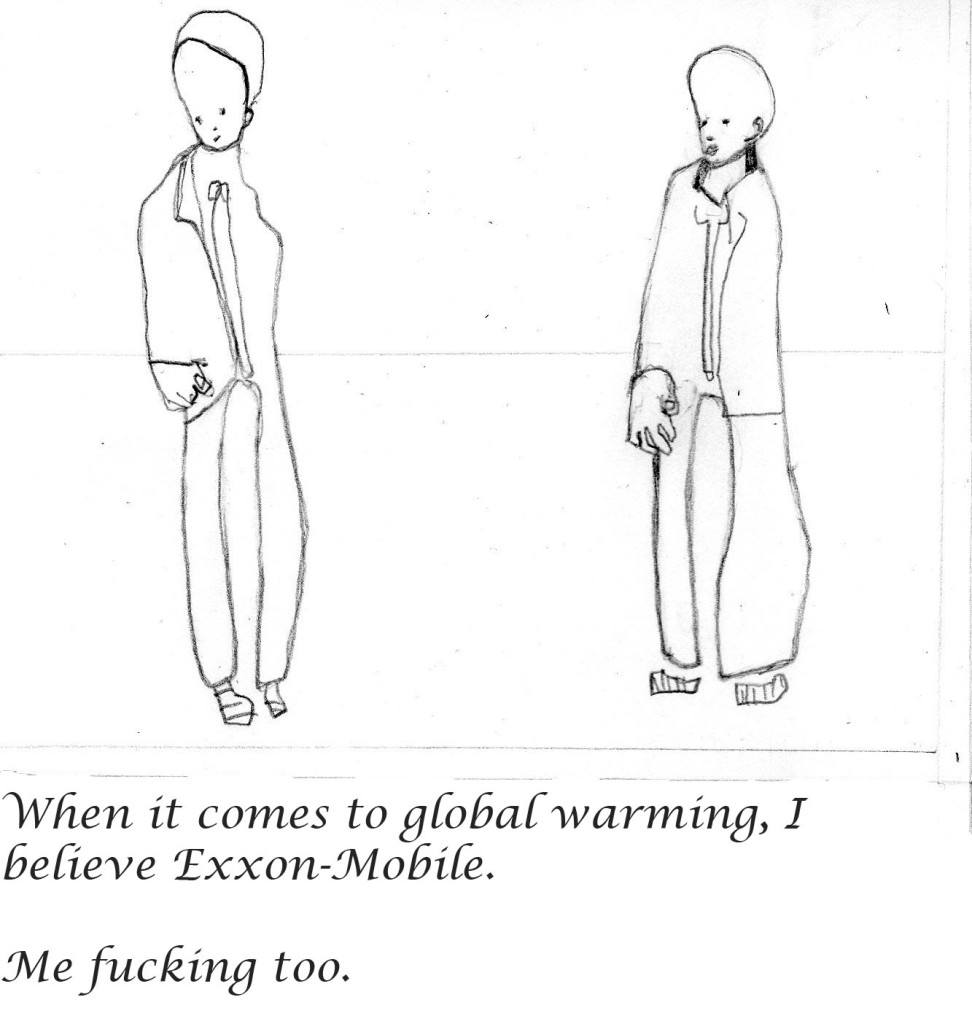 So Proud of You, Son

They Booed the VP 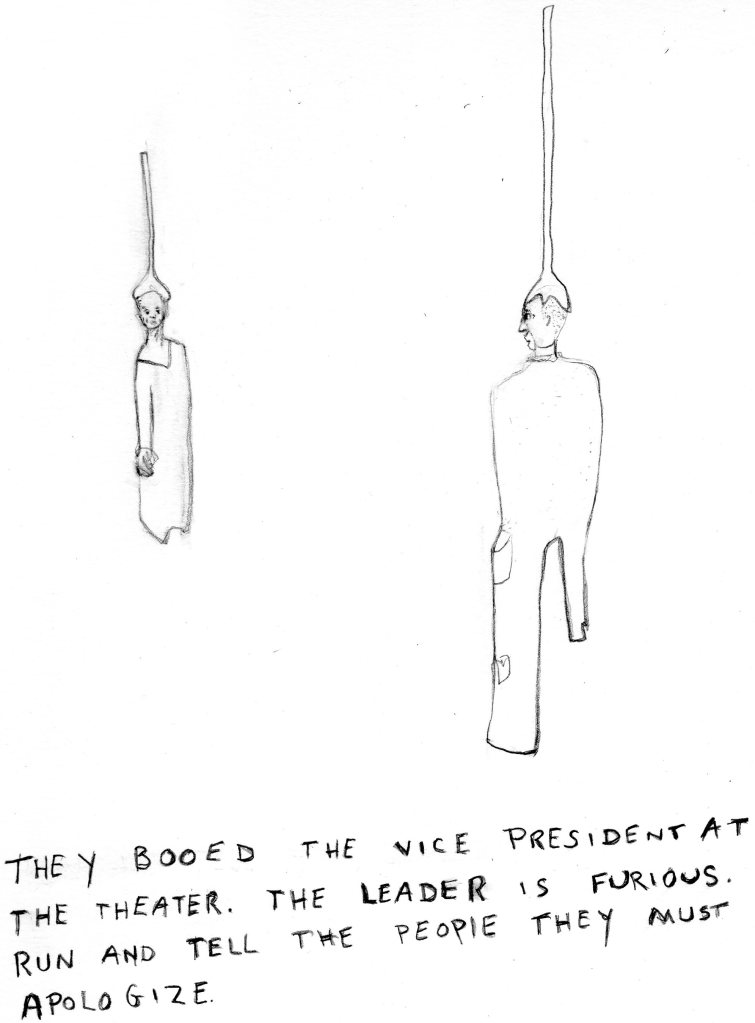 We Finally Get the Authoritarian Regime

Real News Is Not to Be Trusted

I Have My Own Facts, Bro

Gonna Stare at This Phone All Day 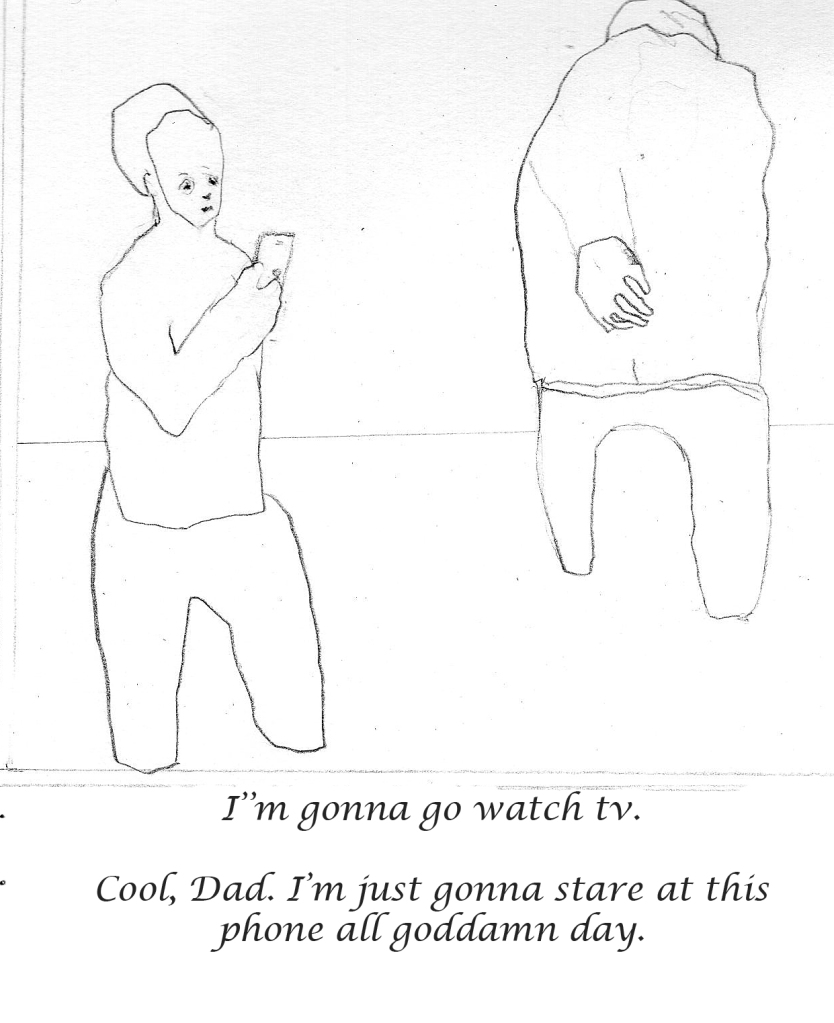 A Fox in Every Henhouse

Carl Dimitri is a painter from Providence. He’s received fellowships in painting from the Vermont Studio Center and the Rhode Island State Council on the Arts. In 2012, he was elected into the Drawing Center. He is represented by galleries in Miami and Naples, Florida; Tiverton, Rhode Island; and Provincetown, Massachusetts. “This is a comic series titled, Hello Mussolini. I’ve committed to drawing one a day until the Trump era is over.”