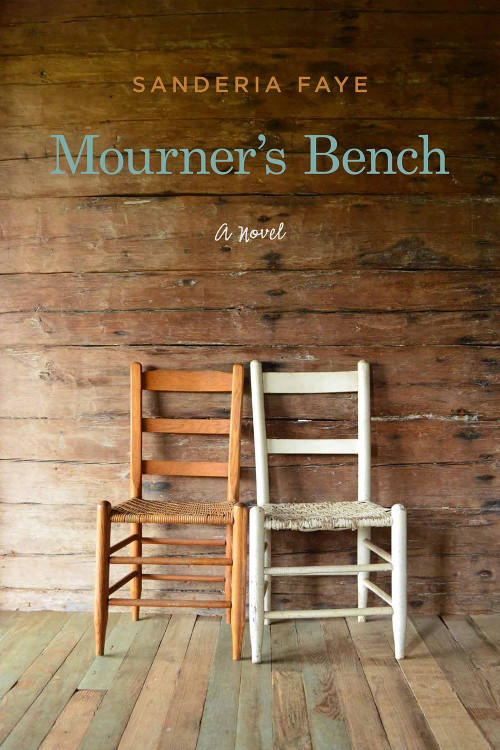 This is not a “Civil Rights Movement” novel. This is a novel in which the Civil Rights Movement occurs around characters. If this was the former, it would be more historical, perhaps grander and more mythical like JFK’s Camelot. The latter, however, allows us to dive into a world and see history as it happens and not as it is dictated to us. Perhaps this is precisely the kind of novel we need right now, perhaps we need more of it. Sanderia Faye’s Mourner’s Bench is a story that is entirely aware of its place in the grander scheme of things—it is not written with the intention of controversy or to progressively educate to the reader. It is, simply put, a voice of reason in a time severely lacking it. It’s a voice of hope.

It would be easy to politically weaponize a novel like this, given the current climate of American politics and the divisive setting we are living it. It would be easy to drag every action and event from the last eighteen months and somehow shoehorn it into the greater meaning of this story. That would be doing Faye’s novel a great disservice. This novel takes place in Arkansas in the 1960s, a time that we often remember but sometimes glaze over. The true beauty of the novel is the agency of the characters as the changing tide of civil rights sweeps them up into the ocean of uncertainty. Our protagonist, a young girl named Sarah Jones, must navigate through her faith and her family to understand her own values. She is tested, by her beliefs and the actions around her, as we are every day.

Although her voice borders on the unreasonably mature sometimes, readers will be sucked into her story and follow her until it’s natural end point. In some ways, viewing this historic time through the eyes of a child seems like the only way to understand any of it. It seems unreasonable because it’s an unreasonable time filled with new found stress:

Although I knew all about sin, Reverent Jefferson’s words struck me that day. He list a fire under me, and I was bound and determined to not let another revival pass without getting my religion. At First Baptist, children started praying when they turned twelve and were baptized by age thirteen. But as I pondered on what Reverent Jefferson said and searched the Bible for the scriptures (it would be shameful if anyone knew I didn’t know my Bible), I came to believe that if Esther was on eight prayer lists, my soul was at risk of going to Hell. I needed to hurry up and take responsibility for my sins.

She’s grown. She has a sense of agency that is magnitudes above the curiosity of the average thirteen year old. Perhaps this is reading too far into it, age doesn’t make us grown, experience does. She’s experienced more in the decade and a half of life she’s lived over most kids. She’s no Scout or Jem, she’s no Huck or Tom. She’s uniquely troubled by the weight she puts on her shoulders, she’s seemingly adult.

Change is often difficult to process. It’s easy to tell someone how their life will be different if they only do this or do that. There is something very missionary in telling someone how their life will be better. For instance, the Student Non-Violent Coordinating Committee is viewed by Sarah, her family, and many others in the small town of Maeby, as an organization naively breaking barriers when many seem content with their lives as they are. These out-of-towners come with the best intentions and often act in the best interest of those they attempt to help. But there is this urgency they have to right wrongs without understanding precisely how to get there that seems to be a significant theme as the novel progresses. This isn’t a critical review of the organization, through Faye’s or Sarah’s eyes. This is how progress works and how pragmatism can refocus that good energy. It’s hard to be critical when Sarah’s mother Ester goes to join the cause. We understand the need to better ourselves.

This novel shows the difficulty of the change through the people most affected. This is not a story of our better angels, this is a story about our true humanity. The initial difficulty of Sarah’s point of view with her heightened self-awareness might be off putting to readers. Nevertheless, this novel is filled with passion and is a welcomed addition to the canon of our history.

Nick Sweeney lives in Lindenhurst, New York. He is allergic to dogs and chocolate and yes, he knows how terrible it must be.