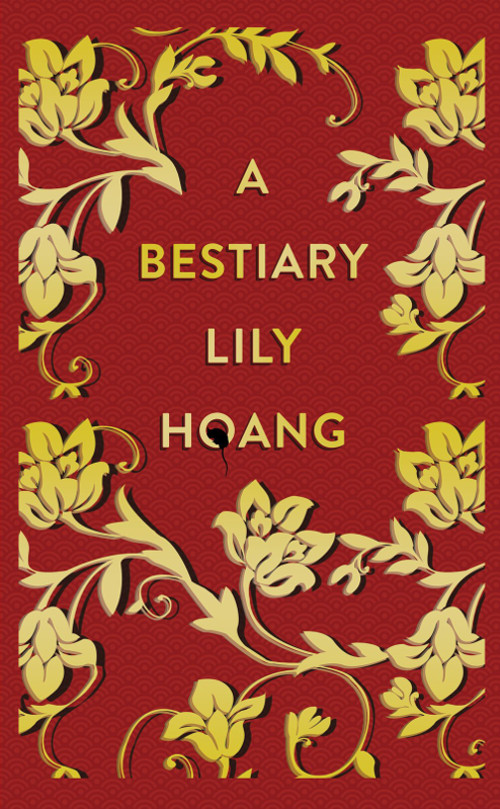 When it comes to writing, Asian women in America are given two choices. The first, of course, is the one where her exoticism oozes from her skin like bark slathered in sap, where she is delicate like dishes that only see food during holidays. She is an Asian woman with Asian parents who adore her and they have made a life possible only through this bootstrap-raising that the Puritans wrote about in their diaries. The second—also damning—is the one where she is angry, wild. In this narrative, her lack of decency begets what she deserves: no marriage, no children, no medals.

Lily Hoang knows these expectations when she pens the essays that comprise A Bestiary. To introduce the collection, she writes, “Once upon a time—shh, shh—this is only a fairy tale.” In the first essay, “On the Rat Race,” the princess appears, and it is not her. It is Hoang’s dead sister, who is never named, not once—in this essay, or any of the others. Instead, Hoang writes:

I have stopped asking why before once upon a time began.

I have renamed her my dead sister.

If there is love beneath this pragmatism, confusion, and frustration, it is affection Hoang keeps close. For us, she displays her dead sister’s troubles—ones, it seems, her parents have difficulty recognizing. Later in the essay, the mother praises Hoang’s dead sister for using the meat carver on Christmas and Thanksgiving. “She’s the only one who’s ever used it,” Hoang reports her mother saying, “She was so talented!”

However, it is a mere meat cleaver, and Hoang’s sister was only in San Antonio for a few years, had only borrowed said cleaver a few times, before she died. Hoang also adds no adornment to her sister’s addiction: “Towards the end, my dead sister stopped discriminating: any opiate would do, anything to subside her pain.” Here, Hoang recognizes that her sister’s hurt could not be contained—not by drugs, not by her, nor the lover and two sons she left behind. The night before she finds “my dead sister seizing on her bedroom floor, before she went and died,” Hoang describes how she “heard her crawling along the carpet,” opening bags and zippers. This whole time, “I didn’t open my eyes.”

Pretend, make-believe, fantasy—shh, shh—is a theme throughout. “On Scale,” the final essay in the collection, is especially brutal, a litany of cruelties inflicted by Hoang’s ex-husband Chris, her lover Harold, and how she always stayed. “The weight of my love measured against the weight of my life without him measured against his betrayal and the terrible things he’s told me over the years,” Hoang writes. “In the end, no matter my options, I know I will choose Harold.” In other words, it’s not that she doesn’t know. She knows. She just can’t escape it. “My selflessness is a flaw I inherited from my mother,” she writes. “I suffer very well; my altruism can leave bruises.”

Some essays read as vignettes or parables while others dare even the most free-form lyric essays. “On the Geography of Friendship” with its movements (i.e., “Fugue” and “Allegro Non Troppo”) unfolds like a suite; “On Measurement” is an ode to Vivaldi’s “Four Seasons.” Main characters—her dead sister, ex-husband Chris, lover Harold, and close friend Dorothy—appear often, in the way the same actors play all of Wes Anderson’s characters in his films.

With A Bestiary, Hoang takes the illusion of the Asian woman we all recognize—meticulous, string player, passive—and skewers her, without pity. In this fairy tale, Hoang is a “bad feminist” and her sister is the Sleeping Beauty. Vibrating with energy but never maudlin, Hoang repels, and dazzles—an amazing debut.

Annalia Luna is currently an inventory assistant and the web orders manager at Brazos Bookstore. She earned her B.A. in Music and Literature from Butler University. She lives and writes in Houston, Texas.