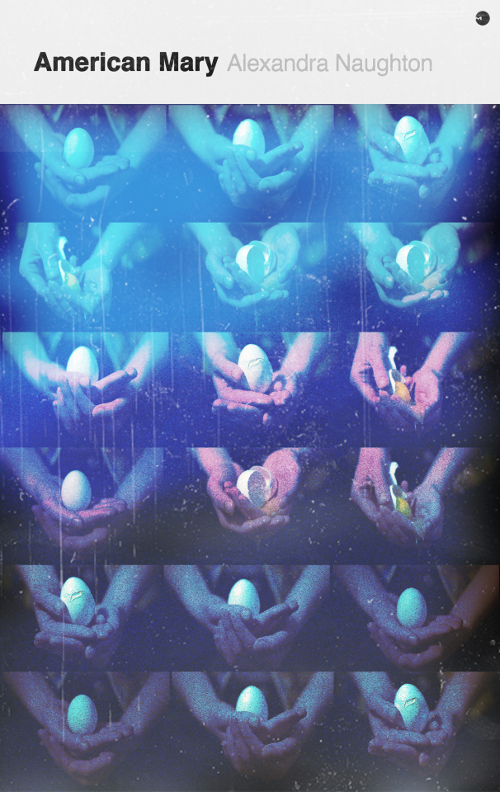 In 2014, Sophie Katz wrote “We Don’t Have To Do Anything.” In it, Katz detailed a trip to New York as a young writer in the Alt Lit (Alternative Lit, an internet-based literary subculture that is often associated with progressive experimentalism) community and how she was sexually assaulted by an editor pseudonymously named “Stan.” Later, media outlets would expose “Stan’s” identity as Pop Serial editor Stephen Tully Dierks. From there, more women writers would come forward with their own experiences of sexual assault, abuse, and rape in the Alt Lit community, including an accusation against the literary circle’s most popular author Tao Lin. The essay would be the start of what many saw as Alt Lit’s death.

Indeed, since the essay’s publication, Alt Lit has been relatively quiet. Blogs like Alt Lit Gossip, I Am Alt Lit, and HTMLGiant have shut down and Alt Lit social media outlets have been silent. Writers who belonged to the community, however, never stopped writing. While the term is rarely used any more, writers are still working with the hallmarks of its literature as a starting point to write beyond Alt Lit’s shortcomings. Alexandra Naughton’s novel American Mary is an excellent example of this evolution.

At first glance, American Mary looks like any other work of Alt Lit. We have heavy drug use, sincerity to the point of sentimentality, an introspective and humorous voice, and a narrator who is a child of the internet age. The narrator, Mary, also seemingly belongs to the Alt Lit community as an artist intellectual who only ever wants to write poetry in a world that necessitates her to do otherwise. Mary’s fight is a fight against normalization in a numbingly corporate society: “I walk outside and join the melting faces of a crowded commute,” she observes during her morning commute. “I don’t think I’ve ever been good at any of my jobs. I used to think it was because I’ve never been paid enough to give a shit, but lately I’ve been feeling like that wouldn’t change anything. I don’t know how some people do it.”

It’s an anxiety that speaks to Mary’s generation, a fatigue of not being able to cope in a world unfriendly towards artists. She later writes:

But what begins as a typical artist’s coming-of-age struggle twists into something much darker. Told in fragments that navigate back and forth between the present and past, American Mary is a portrait of what it means to live as a woman in a world where female value is bodily—where to have a valued body is to have an existence. It’s an existential quandary: “Validation as existence,” Mary writes. “External validation as proof of existence.” A few pages later, she reaches a conclusion to what she must do: “I am a capitalist body. My body is capital. I am a product. I can produce goods. I can craft myself. I can yield to demands.” With this mindset, Mary drops in and out of relationships with men, some with names and some addressed, like in the beginning, as “you.”

Eventually, she meets Seba, a mentally and sexually abusive man. It is here that the stakes are raised and the story becomes one of not only existential survival but bodily survival as well. Unfortunately, for working-class Mary, surrendering the rent-controlled apartment she shares with Seba is not a feasible option. This detail is important, as it brings together Naughton’s feminist critique of capitalism. Mary is put into a crisis not only because she is a woman, but also because she is a woman in a capitalist society that allows little room for (class) mobility. Naughton asks, what’s a woman to do in such a society? Can a woman escape from such toxic ways of being?

Interestingly, the most peaceful moments in American Mary are when Mary is alone with women friends. One, Joan, feeds her leftover pastries from her job at a Belgian waffle shop, and in a particularly heartwarming scene, they keep each other company at night in their derelict apartment “eating perfectly fine croissants and Danishes and slightly misshapen oops waffles” while “taking turns lifting the blanket over the electric heater to warm our feet.” In another scene, Mary shares a bed with Rebekah, a coworker at her sex phone operator gig. Mary writes: “We cuddle and spoon and I feel like a little cat, like a little pet, next to Rebekah. She is a real human and I a cartoon, a silly thing that can’t possibly be real. We hold our bodies together and we kiss sometimes and I forget there is anything to come down.” These intimate moments suggest that change is queer, that is, outside the realm of the status quo and heteronormativity.

Like her male characters, Naughton’s female characters are at times indistinguishable from one another. This is made more so in narrative that is fragmented and uses language that jumps from metaphorical to colloquial speech. Indeed, one can be put off by the nontraditional nature of Naugton’s novel. For instance, the book starts with almost mythical phrasing, “A beautiful stranger washed up on our shores with only death as a companion,” which is immediately broken by less formal language: “and she was like, this is either gonna be a horror movie or a porn, and it turned out to kinda be both.”

But Naughton is clearly more of a conceptual writer, one who at once challenges and entertains. Her characters are reflections of systems—systems of oppression, as well as systems of support. She can be playful and deeply serious and—by the last pages of American Mary, as the book takes on a monologue quality—very powerful. In the end, Naughton does what Alt Lit could not: be avant-garde not only in form, but politics as well.

Eric Nguyen has a MFA in creative writing from McNeese State University and BA in sociology from the University of Maryland. He has been awarded writing fellowships from the Lambda Literary Foundation and Voices of Our Nation Arts (VONA).