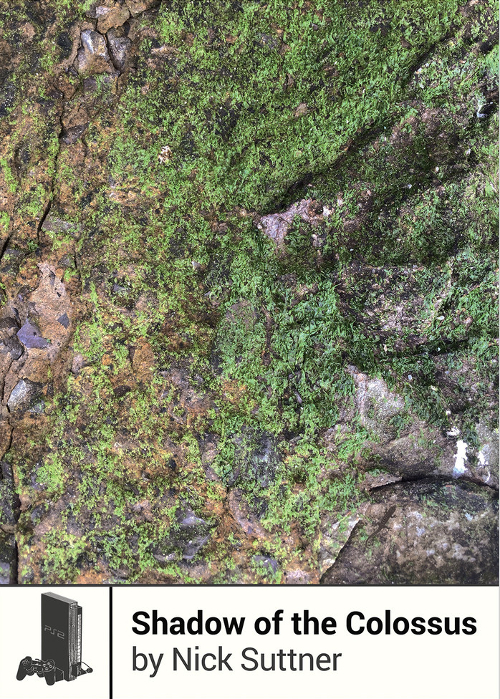 Boss Fight Books, created in 2013, is a publishing house for creative nonfiction books on video games from classics like Galaga to games with a more cult following like ZZT or Super Mario Bros. 2. In the past five or so years, it seems like the gaming world and the literary world have been slowly collapsing into one another, or at least writers have been pulling the resonances from both together and exploring the spaces, morphing them in new ways. Most gamers and artists alike will concede that this makes sense, is a natural niche for any culture, as both disciplines (gaming and writing) are interested in things like storytelling, character construction, and creating spaces for various discourses to ping against others. A sucker for RPGs, I was thrilled to find out Boss Fight Books was going to publish Michael P. William’s book on the classic Super Nintendo Chrono Trigger back in 2014, having spent much of my teenage years with my head spinning in that game, trying to unravel the winding possibilities time travel allows.

The book is a smart look into the cultural effects of the game, and is why I was equally excited to get a copy of Nick Suttner’s book on Shadow of the Colossus, a 2006 PS2 title that flew under the radar upon initial release but is quietly genius and moving. Only encountering the game recently, I knew that it was the kind of game that needed to be written about, to be given space on the page and reworked with careful attention. Suttner gives the game this thoughtful handling, and by threading the narrative of his play-through with both personal and critical discourse, is able to open the game up further to the gamer and reader alike.

He begins his review by confessing that “the entirety of the experience lives deep within me, like some primordial dream.” From the very beginning, I get a sense that this game has carved deep rivers within him, and that the act of writing this book is a way for him (and me) to access those waters. He quickly lays out the premise of the game and I am led to believe that these waters are troubled, and a plunge within them is a break from a sense of clear purpose and heroic justice most games instill in their players. Shadow of the Colossus’s world is one of uncertainty, or rather, a certain blankness of purpose within which the players must fill in their own ethics and concerns. Suttner’s main fascination with the game seems to be this uncharacteristic move of the gaming industry’s, “the idea that gameplay itself is simply a means to an end, to indulge human curiosity and a lifelong quest to become closer to the unknown.”

Never owning a PS2, I was first introduced to Shadow of the Colossus last summer by my boyfriend, who had recently plugged up his old system specifically so I could play Final Fantasy X—in his opinion, the best game of the franchise. I’ve never been one for voice acting in games, and the voicing in Final Fantasy X seemed especially over-the-top; so Stephen pulled Shadow of the Colossus out and promised that this game was quieter, “artsy” as he put it—something I’d be more into. Fifteen minutes in, I’m anxious and I can’t tell why—and then I creep into the first colossus’s arena and it hits me: silence. There is no epic music score to signify that what I’m doing is righteous, no in-game exegesis to judge and guide my actions. This game, as Suttner bases a large part of the book, is asking the gamer to decide for themselves how they feel about it. As Wander, the sole employable character, you are on a semi-outlined quest to awaken Mono (whose relation to you remains unclear) by defeating colossi in the surrounding world. Yet instead of setting these giants in a simple antagonistic relation to you, Suttner argues that the game “isn’t just a game about conquering giant beasts, it’s a game about how you feel about conquering them.” Throughout the book, he is careful to remain in this middle ground of shaky subjectivity along with the reader-as-gamer, tinting most elements of the game with a slight melancholia and letting me come to my own conclusions.

Part of the beauty of the game and this book is the room and time they give me to think about what is happening. Suttner divides the book into roughly one chapter dedicated for each of the sixteen Colossi, and within these chapters he paints slow, impressionist descriptions of the breathtaking landscapes traveled through in the game. His pacing seems to mimic that of the game’s, and his narrative is prone to sidewinding trips into autobiographically related memories. As in the opening of the book, these narrative slips come to illustrate the ways in which the game’s flow has affected his writing and mode of thinking. Though at times this technique seems plodding or discursive, it is important to think about the parallels drawn between Shadow of the Colossus and Suttner’s interaction with it through the book.

Further proof that this game has worked its way into Suttner is his multiple references and quotes conducted with the game’s producers. Thus, they work on a double valence—one giving deeper insight into the artistry of the game and another investing Suttner with an even closer proximity to Shadow of the Colossus akin to a close friendship or symbiotic relationship. A bit more than halfway through the book, Suttner reveals “a minor epiphany”: for him, “Shadow is the mystery in the woods—or rather of the woods—somewhere lonely where you can feel completely in the moment while being a part of something far bigger than yourself, something ancient.” Though a deeply personal experience, he seems to want me to be able to access the same sense of awe as he takes me not only on the physical journey of Wander through the landscape, but also the emotional landslide of the protagonist.

As quietly blazing, meticulous, and creatively generative as the game itself, Nick Suttner’s book is something that should be visited alongside and outside each play-through of Shadow of the Colossus, for it serves as a guide through the emotional complexities of Wander in his quest, and the artistry of the developers’ that produced them. As a solid addition to Boss Fight Book’s set, this book continues and builds on a growing trend in exploring the interstices between game, gamer, and artist; a space more and more artists like Suttner are exploring with beneficial results.

Phil Spotswood was born in Alabama into a Catholic family and turned out queer. He graduated from the University of Alabama with a degree in English and Creative Writing, and currently lives in Louisiana. He is addicted to running in the dark. Recently he discovered that he shares his birthday with the formation of the polar vortex. He is in a committed relationship with the last scientist.