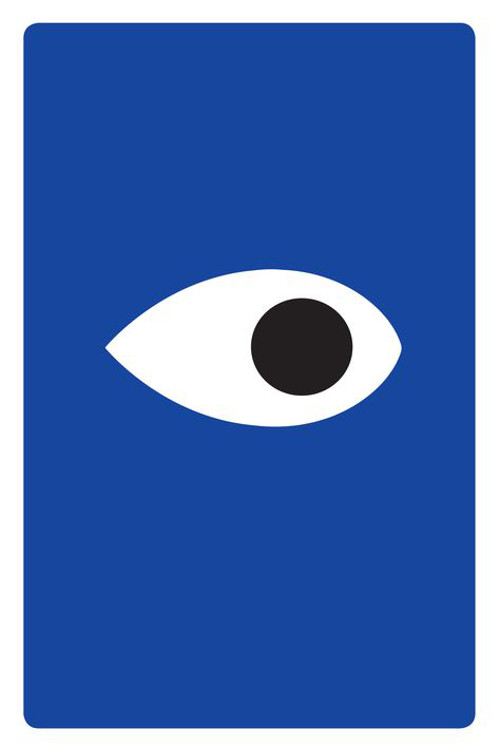 Somebody is watching you.

In fact, when you clicked on this article, a record of your visit to this page was made in a database somewhere. And decades from now, somebody a thousand miles away whom you’ve never met could verify that you’ve seen these words. You couldn’t have prevented it; this is the age we live in.

What are the implications of constantly being watched—or of being the watcher? These questions are the basis of the short story anthology Watchlist. Each of the thirty-two authors in this collection, everybody from T.C. Boyle to Alissa Nutting, was tasked with examining the idea of surveillance in any way they wished. Predictably, many of the stories take place in the near future and concern Internet surveillance and the pitfalls of having a life that is increasingly online. Maybe the best of them is Cory Doctorow’s “Scroogled,” a story of a future in which Google takes over border security and uses people’s past Internet searches to indicate potential terrorist connections. As the protagonist waits in line for his background check, he worries that “what he put into that search bar was likely more revealing than what he told his shrink.” Most of the stories of this type—which constitute about a third of the connection—have a similarly dismal tone and could be described as barely futuristic.

If there is a weakness to the collection, it is that some of the thirty-two stories, especially the ones about social media, blend together after a while. I suspect that many readers will also regard social media to be obviously voyeuristic, so the cautionary tales about its dangers are already beginning to seem a little dated. We’ve heard the cautionary tales of employees who were fired because of posts to Facebook or Twitter, so it isn’t hard to imagine things being taken one step further. As a society, we seem to have embraced the technology even with our increasing awareness of how vulnerable it can make us. Most of the stories are also pretty short, sometimes to their detriment; I got the impression that a few of the ideas could have been explored much more deeply or expressed a bit more artistically.

However, a strength of Watchlist is that many of the stories examine other ways in which we’re constantly surveilling others or being surveilled. One of the most creative stories in the collection is Carmen Maria Machado’s “Transcription of an Eye,” which takes place in the courtroom of Judge Judy—a long-running television show whose whole conceit is to watch the petty squabbles between two typically impoverished parties, during which the audience tends to learn the intimate details of these strangers’ lives. “Transcription” embodies these characteristics of the show—the trademark lines, the structure of the episode, the unflappably brash Judge Judy herself—but the case she hears is one that grows more surreal and fantastical the longer it progresses.

Another story that tackles surveillance in a more subtle way is “Sleeping Where Jean Seberg Slept,” by Katherine Karlin, in which an Iowan who has been living in San Francisco returns to her hometown to write a biography of the titular actress. This story highlights the sometimes comforting, sometimes insidious nature of the close-knit small town. As the main character states, “Iowans could go on all day about the minutiae of hearsay.” As she researches Jean Seberg’s life, including personal tragedies that even the most exhibitionist celebrities would rather be kept private, readers become complicit in the spying. In the context of this collection, this story allows the reader to reexamine the ways in which our seemingly innocent conversations about each other, even the nice comments about people we admire, can embody the same panoptic structure as the Big Brother-esque states in some of the other stories. Our society very well may be moving toward the age of the all-seeing government-sanctioned security camera. However, stories such as Karlin’s remind the reader that we’ve been engaging in this process for far longer than Facebook or recording devices have been around.

Is this a consolation in a time when posts on Facebook and Twitter are enough to get people publicly shamed or fired from their jobs? A time when we manifest the briefest outrage upon hearing that our government has been spying on our Internet searches and phone records, and then return to all of our old habits anyway? What Watchlist does, even if sometimes a bit too repetitively and heavy-handedly, is remind you that there are eyes all around, whether you can see them or not, and you can bet that one of them is pointed in your direction.

Buy directly from OR Books

Benjamin Kinney is an MA candidate at Northern Michigan University in Marquette, Michigan, where he is dual-tracking in literature and writing. He is an associate fiction editor at Passages North. Previously, he lived in Clearwater, Florida, where he taught sixth grade language arts for four years. He has an infrequently updated blog at benjaminkinney.com.