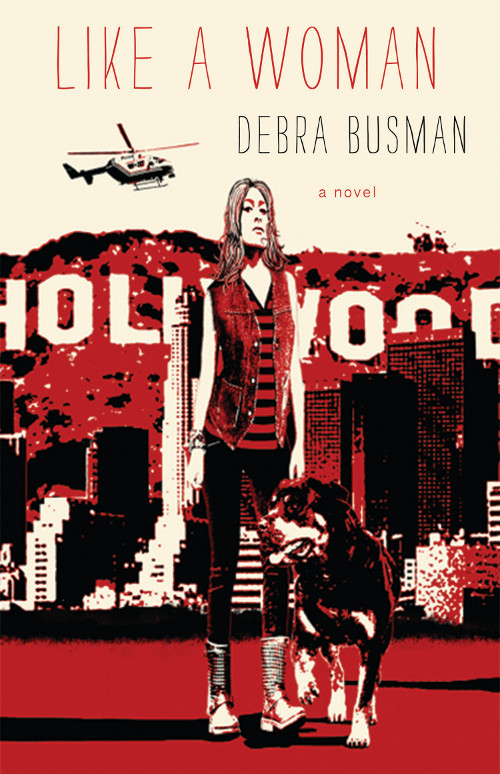 The horror stories of kids, especially lesbian and gay kids, forced into the world of prostitution, with its coincident realms of drug abuse and violent assault, never get less horrific or heartbreaking. Debra Busman, who co-directs the Creative Writing and Social Action Program at California State University at Monterey Bay, and whose profound sense of the writer as activist is demonstrated in virtually everything she composes, is well aware of these stories and their often tragic outcomes. Her forthcoming novel like a woman is noteworthy then for capturing the brutal world of child prostitution in all its genuine horror while at the same time demonstrating deep respect for the kids caught in that world—and at almost all turns holding out hope for them.

Busman’s protagonist Taylor grows up in a working class Los Angeles neighborhood with a single mother who works long hours as a union organizer but who also drinks herself into an alcoholic furor every evening. On lucky nights, Taylor’s mother comes home in a cheerful and nostalgic mood. But most nights, the woman is itching to fight. Taylor learns that at the first sound of harshness in her mother’s step she must escape out her bedroom window. Too often she can’t. But being beaten at the hands of the woman who is supposed to protect her is only part of the brutality of Taylor’s life. She is sexually abused; she is recruited into a shoplifting ring; she overhears a wheelchair-bound boy being beaten to death; she barely escapes fatal run-ins with bikers and other street toughs.

Taylor finally flees from her mother’s abuse and proceeds to live on the street as a prostitute and drug dealer. She meets and falls in love with her first girlfriend, a prostitute who introduces Taylor to writing and to the world of books. But after the police raid their secret junkyard domicile—shooting their beloved dog for no apparent reason—the girlfriend decides to leave Los Angeles and Taylor altogether. Later in the novel, Taylor falls for a more glamorous woman: a confidently self-employed prostitute/escort/porn star whom for a time provides her safe haven from the streets. But like all Taylor’s romantic relationships, this one does not last; and soon she is on her own again, working a string of uninspiring jobs but at least determined to no longer prostitute herself.

In the book’s final section, Taylor miraculously rescues her latest girlfriend from a riptide at Garrapata Beach. The girlfriend is energized and spiritually reawakened by the close brush with death, but for Taylor it almost proves to be her undoing, ruining her health and bringing her perilously close to buried memories of extreme childhood abuse that she still has not allowed herself to admit or the reader to understand. But at the close of the novel, Busman affords Taylor a significant moment of peace, even redemption. Taylor, after battling through an unspeakable amount of death, abuse, scorn, betrayal, romantic devastation, and personal violence is ready to start all over, with her hard won wisdom as a launching point.

The street smart, coming-of-age storyline of like a woman is seductive enough to hold a reader’s attention, but just as noticeable is the untypical, even experimental, nature of its structure. Until the novel’s final section, the book is arranged as a series of short intense chapters—mostly narrated in the third person—alternating with brief, eloquent, first person prose expressions that we come to realize represent entries from the journal Taylor has kept ever since she was encouraged by that former girlfriend to start writing. These miniature interludes are so evocative and so haunting it is no exaggeration to describe them as prose poems; and they serve not only the cause of beauty but to provide a crucial interior picture of Busman’s spirited protagonist. They are a bit uneven, but highly effective when directly connected with events that occur in the previous or following scene. In one of the most memorable of these prose poems, Taylor evokes her last minute escapes from her mother’s violent hand: “this is one of the lucky nights when she does not have to look down from the corner of the yellow ceiling and watch what happens to that strangely damp and quiet girl lying in her bed below.”

With such a self-conscious, purposefully avant-garde novel, inevitably there are aspects of it that readers may question. For instance, the fact that midway through the novel Taylor suddenly starts speaking in a dialect; the fact that only forty pages from the end of the book Busman reveals that for her whole life Taylor’s rear end has been brutally deformed, due to some unremembered and never explained abuse; the fact that the period signature of the book is not clear. Circumstantial evidence suggests a mid-Sixties to mid-Seventies time frame, but that’s a guess based more on what isn’t present in the narrative than on what it is. A reader might question why Taylor so quickly leaves the best of her passing jobs: ranch hand. (The chapter in which Taylor manages to break a notoriously stubborn filly—and the manner in which she does so—might just be the most memorable and affecting in the entire novel.)

But reservations can be raised about any novel, even the most well-drawn. In the end, like a woman is a powerful accomplishment: a book that stays true to the rough facts of the lives of homeless teens and yet at the same time manages to avoid any clichés about such a life and people forced to live it. With her protagonist Taylor, Busman has created a unique and memorable American character: a young woman as maternally intuitive as she is bare-knuckled daring, as outwardly forceful as she is inwardly searching, as in control of the streets as she is victimized by them. A person positioned not to just represent but to rise above.

John Vanderslice hails from southern Maryland, specifically the eccentric community of Moyaone. He has an MFA in Poetry Writing from George Mason University and a PhD in English from the University of Louisisana-Lafayette. He lives in Conway, Arkansas, where he is Associate Professor at the University of Central Arkansas, teaching fiction writing, poetry writing, and nonfiction writing both to undergraduates and to graduate students in the Arkansas Writers MFA Workshop. He also serves as an associate editor of Toad Suck Review magazine.