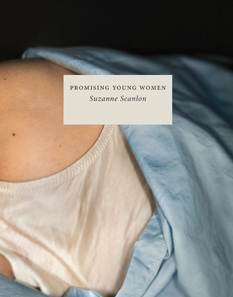 To verbalize what makes this book so wonderful is to do it an injustice, but I’ll try anyway. There have been many books and movies, some which were referenced, that have dealt with women who have been institutionalized, or have dealt with severe mental or emotional problems. Promising Young Women adds an ineffable quality to this collection.

Before I discuss what I think truly works about this book, I should reveal that I was originally attracted to it because it is part of Dorothy, a publishing project out of Saint Louis. I live in Missouri, but I’m a native Chicagoan, and I’ll admit, I’ve had trouble connecting to Missouri, and I thought this might provide foothold.

If this book is any indication, I’ve found something about Missouri that I like. It is interesting to me, though, that I came to this book looking for a connection, considering that the main character deals with an inability to connect throughout the book.

There is a kind of loneliness that comes from being with people. The kind that is more about a recognition of the failure of communication. The gaps.

Lizzie is the character who we follow, at various stages of her life and her undoing, through sharp, poignant vignettes. One of the eerie parts of the book is Lizzie’s stay in S.S. Roger (patient-named), a place for pretty, disturbed girls.

There is a scary emphasis on the institutionalized girls’ beauty. Dr. Roger Melman and other doctors who dealt with these girls had this fixation on the girls’ beauty and condition, as if they were fantastic, exotic creatures in a zoo.

Roger had interviewed me, first alone, and then later in front of a crowd of students and staff. He told me that I was “objectively” attractive. That I had enough going for me to make it worth it for them to bother.

The women were being objectified while they were supposed to be getting help, and there was the idea, alongside, that it was more important for someone to receive help if they were beautiful. While this is a major part of the book, it is, in a way, more of an underpinning than the main point.

This is because, despite this intriguing premise for the institution, Lizzie is a stand-alone star. Her voice is compelling and honest. She grows as a person, both because that is the stage in life she is in, and as a result of her struggle with recovery. She reminds us how vulnerable we all are, that we could all be susceptible to forces internal and external.

Lizzie was, among many things, an aspiring actress. Though that was not the main focus of this book, I felt myself drawing a comparison between this book and Laura Lamont’s Life in Pictures. The main characters in both books dealt with some similar issues, but for whatever reason, Lizzie in Promising Young Women rang true for me, whereas Laura Lamont’s Life in Pictures did not make the same impression. A partial reason for this is that there was a communion between Lizzie as a person, her identification as an actress, and her grief. This came together in a way that was both revealing and authentic.

Death always happens offstage. I learned this later. In a theater history class. The most important deaths anyway. In the end, death is private.

Sometimes certain speech patterns in books like this can feel like a gimmick, something akin to a hokey southern accent, but I loved Lizzie’s fragmented speech. For some reason, it made her mind more accessible, not less. Scanlon has such a knack for revealing something profound that would normally come across as too much of a stiff monologue, but when she has Lizzie say it, it is both revelatory and natural.

I suppose a part of me hoped that what he really saw was the weird, ugly, and confused part of me. The part of me that didn’t know what to do. I guess we all hope that the people we love will be the ones who will finally see who we truly are.

Though Lizzie deals with issues and an environment that is beyond what most of us will experience, what really makes this book special for me is that Lizzie’s frustration with her inability to connect and be known by another person is both endearing and relatable.

Louise Henrich has been published by Blood Lotus, FortyOunceBachelors and Danse Macabre. You can follow her Twitter handle, @louisehenrich.