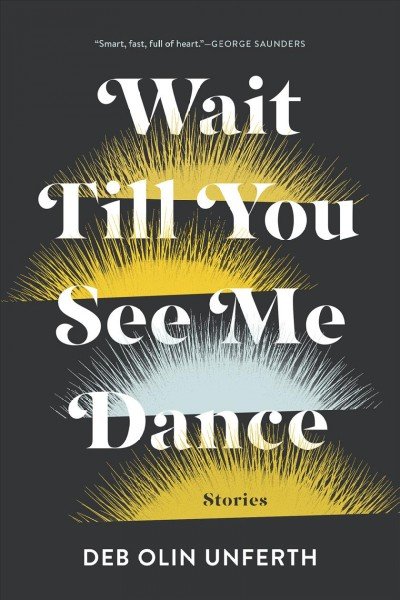 With “Likable,” the opening story of Wait Till You See Me Dance, Unferth throws us into the pitfalls of social anxiety, one of the themes threading her impressive new story collection. In barely two pages she sketches the naked concern of an aging woman on how she is perceived by others. Should the woman resist becoming unlikeable or proudly accept her fate? All throughout the book, characters worry about their flaws and defects, and although most of them go out of their way to make a good impression, some still manage to embarrass themselves or overstay their welcome. Unferth handles the topic with ingenuity, showing us how common it is for people from all walks of life to agonize over future or past failings. Characters in either petty or life-threatening situations torment themselves with estimations of what others may think, and, as as a result, fall into traps of jealousy or violence. Most, however, do learn that they are loved or at least tolerated, despite their shortcomings. They can be broken and live.

Connected to social anxiety is the focus in this collection on perspective, which Unferth addresses literally and metaphorically. Stories are often told from several points of view with only the reader glimpsing reality from more than one side. Or we get to know a character exclusively through the eyes of others, as in the story “My Daughter Debbie.” Characters are seldom only present in the moment. They are both here and there, now and then. In “Interview,” a woman applies for a job while simultaneously projecting herself into a foreign country with a new love. In “Stay Where You Are,” a woman imagines a future without her husband while they are both being kidnapped by a rebel.

The frequent changes in perspective help us understand that we are alone in our experiences. Nobody can truly know the internal life of others, what suffering they have met, what escapes they have dreamt up. A house that looks like a punishment to one person in “Crossroads”, may be a source of pride to another. And how an average person perceives trees can be totally different from what they mean (in “Fear of Trees”) to someone who has been imprisoned for years.

The reality of multiple viewpoints gives rise to true terror in “The First Full Thought of Her Life,” where the different sides of the story become different sides of a gun: target, shooter, witnesses. We hear each person’s motivations and even listen to the life-and-death philosophies of the birds. But who is watching whom? The young girl in the story imagines herself unseen (perhaps symbolizing a pre-anxiety stage, a lack of self-consciousness), but we know she is being watched by many eyes nonetheless.

In one of the most touching stories, “Voltaire Night,” students and their teacher tell each other about their lives and compare their darkness. What is the worst thing that ever happened to you? Plenty of broken hearts emerge. Divorces. Deaths. One night, a newcomer tells his tale, which is longwinding yet never boring. He signed up for a terrible human-subject experiment, to make some extra money, and during a mental breakdown, he ends up in the hospital witnessing the birth of his son. Nothing goes as planned and panic rises. As the others listen to the newcomer’s tale, they know they’ve lost the competition: no one has lived through anything more horrible than what this man describes. But in the end, Unferth plays a trick on the reader and leaves us wondering how the worst thing can somehow simultaneously be the best.

Perspectives are also addressed in short shorts on creativity and the writing process. What is a draft? Do characters have power? What does it mean to be a writer? Unferth experiments more in these stories, composing page-long sentences or reinterpreting opera plots. Writing, just like life, seems to come with an indecent amount of anxiety and the inability to know the truth. All we have is our flawed imagination.

But this flawed imagination is also a great source of humanity. In the masterly title story “Wait Till You See Me Dance,” an unlikeable office assistant invites the protagonist to join her on an outing to a Native American dance. The characters don’t get along. They have opposite needs, and although the protagonist has the upper hand circumstantially, she loses out every time: she does not get what she wants. Or does she? The change in perspective happens when Unferth gives us a flash forward right before the end. We learn what is yet to happen, two events that will drastically change the protagonist’s assessment of the office assistant. Is she a selfish girl making a fool out of herself? Only in retrospect does the protagonist say, No.

Empathy and social anxiety are two sides of the same coin.

Although the world of Unferth is largely populated by mothers, wives, husbands, and children, her stories never feel domestic. There is an estrangement at work in her prose, an originality that keeps us on edge. Unferth’s style renders the mundane puzzling and dangerous, filled with uncertainty. It’s also due to where the stories are set, often abroad, outside the house, in carefully constructed environments that either mirror or juxtapose what’s happening to the characters: the shifting dune sands before a death, behind steel bars where a man seeks to free himself from the imagined prison of family life.

With absurdity and heart, with insights and twists, Unferth lets us peek into the minds of her irresistible characters. Defying one-dimensional resolutions and plots, she has created stories that are as real as they are sinister. In the world of Unferth it seems reckless to go through life without wearing a bulletproof vest and yet it is the only way to live.

Buy Wait Till You See Me Dance at Amazon

Buy Wait Till You See Me Dance at Powell’s Books

Buy Wait Till You See Me Dance at IndieBound

Buy Wait Till You See Me Dance at Graywolf Press

Claire Polders is a Dutch author of four novels. Her short prose in English appeared in TriQuarterly, Green Mountains Review, Denver Quarterly, Connotation Press, and elsewhere. One of her stories is forthcoming in Heavy Feather Review.