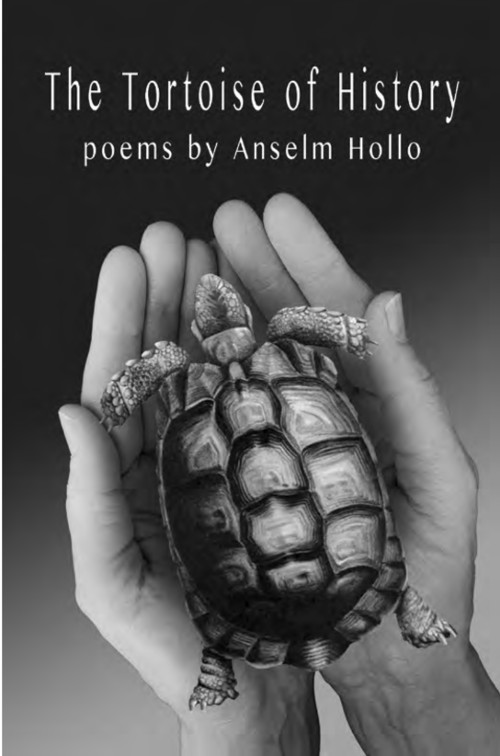 I first encountered Anselm Hollo at one of the legendary poetry readings held at Dr. Generosity’s Pub in Manhattan in the early 1970s. He had recently arrived from his native Finland (after a long stint working for the BBC in London.) Hollo cut an imposing figure—tall, bearded, wild-haired, his teeth chipped, his pleasingly accented voice booming behind a pitcher of beer. Compared to the other male poets in the crowd—gaunt and stylish–he seemed to embody the Viking spirit of Finland’s neighbors. I could easily imagine Hollo returning from a pillaging party, stashing his booty, and settling in behind a tankard of mead to recite a Runo from the great Finnish epic, the Kalevala:

My expectations were understandable. After all, Hollo was also the translator of one of the seminal books in the City Lights Pocket Poet Series, Red Cats, published in 1962 and featuring the theatrical and bombastic work of hip Russian Cold War poets, Andrey Voznesensky and Yuri Yevtushenko. Thus, I was certain that Hollo’s poetry would match his physical presence—large and grand and overwhelming.

What I found (and find in The Tortoise of History, which contains both old and new work) was something more akin to the shorter and more minimal poems of William Carlos Williams, Frank O’Hara, and West coast beat poet, Philip Whalen (“I shall be myself— / Free, a genius, an embarrassment / Like the Indian, the buffalo // Like Yellowstone National Park”).  This is not surprising since Hollo was included in later editions of the influential Donald Allen anthology, The New American Poetry. Hollo’s poems are, for the most part gentle and sweet and self-effacing, and they often display a restraint that allows the circumstances of the world to unfold naturally. From “Boulder, Colorado”:

Hollo’s poetry feels remarkably fresh and spontaneous. There is absolutely no artifice, no structural formality, no evident prosody. His language is quirky, familiar, easy and colloquial. Short lines punch out the message and the result is a sense of “rapt attention” that, like the compositions of Thelonious Monk (an acknowledged hero of these poems), goes on as long as it has to—and no more. From “Rides with Bob Creeley”:

If there are persistent themes in The Tortoise of History, they divide into two distinct realms—a sad befuddlement over the loss of friends and the insistent coincidence of opposites. Hollo, who died in 2013 at seventy-five (three years before the appearance of this book), muses not only about his own improbable survival into old age but also the fact that he outlived so many others. From “Blue Moon”:

From “Another One Gone Too Soon”:

don’t know if
he really approved

but now it’s
way too late
to ask him

From “The Tortoise of History”:

The tortoise of history
keeps stomping along

it carries
on its back

all the prophets,
visionaries,
“great men”

At the same time, Hollo’s seemingly direct and guileless poetry thrives on opposition, dialectic, contraries. He often follows one poetic observation with its negation. In “Art History,” the disjuncture is quite dramatic, even horrifying, even though he’s essentially referring to the ways in which experts discuss art:

Or when he seems to be laying out his entire poetic project in “Nothing”:

And very directly in the very short and unambiguous “Running”:

Running
to meet
running
away
that’s what we do

And more emotionally in this ardently tender and unapologetically earnest poem about reading Joanne Kyger’s poetry, in which he explores the particular quality or the sadness he encounters. It is not the kind of sadness that makes you want “to burrow / into the ground / jump off a tall building / slit your wrists.” Instead it is the sadness of “gentle rain / falling / softly / on memory gardens / in your brain.”

Unlike the relatively short and discrete poems that comprise most of The Tortoise of History, the collection ends with “Hipponax, His Poems,” an essay followed by a series of short, numbered fragments, which are translations from the 5th century BC Greek of Hipponax, composed in what Hollo calls “limping iambics” or “limping foot.” The fragments are acerbic, satirical, and vulgar; they are also fiercely contemporary: despite the barrage of Greek names and places, Hollo (by his own admission) seems to be talking (again) about his dead poet-friends, Ted Berrigan and Jim Carroll. (“Screech Screech Here Come the Ghosts, Or, ‘People Who Died’”):

called the wisest of all

he lived in Smyrna
the wrong side of town

In the longest grouping of fragments, “Careless Love,” Hollo’s voice is edgy, lusty, and cantankerous. It’s a voice that foregrounds Hollo’s skill and care, his restraint, his astute ear as well as his perfect line breaks:

as a heron’s beak

I love you more than I
love anyone else I swear

this to you by this
head of cabbage

here hang on to my shirt
while I bop Bupalos right

Buy The Tortoise of History at Amazon

Buy The Tortoise of History at Powell’s Books

Buy The Tortoise of History at IndieBound

Buy The Tortoise of History at Coffee House Press

Leonard Kress grew up in and around Philadelphia and studied religion at Temple University, Slavic Literature and Folklore at Indiana University and the Jagiellonian University in Krakow, Poland, and Poetry at Columbia University. He has published eight collections of poetry, most recently The Orpheus Complex (Main Street Rag, 2009), Thirteens (Aureole Press, 2010), Braids & Other Sestinas (Seven Kitchens Press, 20110), and Living in the Candy Store (Finishing Line Press, 2011). Kress currently teaches philosophy, religion and creative writing at Owens College in northwest Ohio.

What’s HFR up to? Read our current issue, submit, or sign up for a FREE subscription.