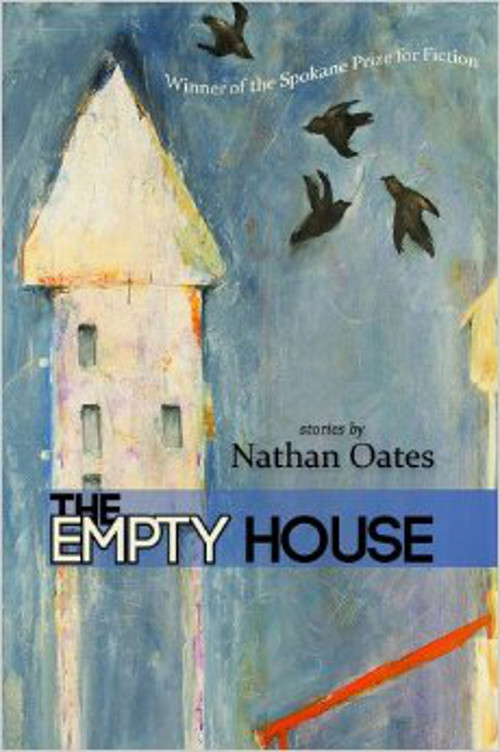 Imagine The Empty House as a passport, and each story as a fresh stamp. But this collection allows the reader to do more than travel—it forces them to face who they are as a traveler. Do they exploit, patronize and appropriate, or do they participate in a meaningful and mutually beneficial exchange? The stories take place all over the world, many in countries where there is unrest between the indigenous peoples and the official government. Here enters the Ugly American, who takes on various permutations, but is always described in a grotesque fashion reminiscent of a Southern Gothic:

She wore a beige suit like an ill-fitting exoskeleton. Every inch of exposed skin—face, neck, hands—was layered with foundation and powder so a smell of petroleum oozed out from beneath gusts of perfume. Her eyes were small and a beautiful blue, startling to find rooted in that puffy, twitching face.

Oates has a specific aesthetic. He elevates ugly details so they become sublime, such as when Donny, the central character of “In the Ravine” describes his father’s leg as a “shiny, hairless calf” or the way the blue pool light in “Famous for Crabs” gradually tints all details as the story descends into terror.

He also uses violent words to describe mundane activities, which disorients, heightens the suspense, and reinforces the everyday nature of violence. In the final, titular story, the dial tone is described as sounding like “a horn intended to drown out screaming.”

This detail touches upon another important theme in this book: people who aren’t seen or heard, or people who disappear. It is no wonder that several of the stories take place in Guatemala, where the official government ordered the “forced disappearances” of over forty thousand indigenous people.

The story “In the World Below” allows us into the minds of a father and son together in Haiti during civil unrest, but we never get any internality from Alain, their Haitian guide, though we can imagine some of what he’s thinking just by how he reacts to them. “He’s like me,” Alain said. “A man who saves Americans who don’t deserve it.”

Family and the self are both major components of the collection. Some of the characters are trying to find themselves by leaping into dangerous situations. In that fear, they rediscover their value and reclaim their identity. Some get too close to the edge. Running alongside that is this idea of family as a fixed point for the self to find purchase. Being known by someone else is essential for these characters:

My life amounted to nothing. Like her, I could vanish without a trace. All that kept this from being true was my relationship with my parents. They’d notice, and they might even come looking for me, and this attention made me real.

They put themselves in dangerous situations, but there is a choice involved, unlike the people who aren’t seen or heard, who can disappear without anyone’s notice. In “The Empty House,” a younger brother retraces the path of his older brother, who disappeared years ago in Guatemala on a journalism assignment.

One of his brother’s old articles says “it’s tempting to imagine ourselves the victims, to imagine the violence is because of us, about us, but it isn’t and one needs to always remember the thousands in the mountains, in the cities, who have no voice, whose fear will never be recorded.” And the younger brother asks: “But what good was this to my mother?”

Ultimately, I went to Guatemala with two hopes: perhaps I could find out who I was—I’d always felt my self was in some ways missing and was connected to the mystery of what had happened to Ryan—and maybe my trip could bring a kind of solace to my mother. Perhaps, through action, through really engaging the world I could forge clarity out of the mess of life.

Especially in the delicate way it grapples with these issues, The Empty House is a stunningly beautiful collection that leaves its reader with a lap full of questions, which might be the best starting place for a weary, faithful traveler.

Louise Henrich is an MFA candidate somewhere, though she isn’t deciding where until April 15. She has been published by Blood Lotus, Fiction Fix, and Danse Macabre. You can follow her Instagram louhenri.