We editors love reading at HFR—and talking books, writing, and publishing around the clock—so we decided to catalog our selections every month as the new feature “What We’re Reading.” Following are our recommendations for the month.

“Inspired by the American Civil War, Kansastan takes place in a dystopic Kansas that is besieged by its neighboring state, Missouri. Close to the state line, an orphaned and disabled goatherd lives atop a minaret and is relegated to custodial work by the mosque’s imam while the threat of occupation looms. When his aunt and cousin arrive, the mosque’s congregants believe that the cousin, Faisal, is a young prophet. Faisal comes to also believe in his divinity, stoking the goatherd’s envy and hatred. When the cousins fall in love with the same woman, the goatherd hatches a plan to supplant Faisal in all ways possible as suitor and the mosque’s savior.”

Avery Colt Is a Snake, a Thief, a Liar
By Ron A. Austin

“Learning the best way to slaughter a goat, rebuilding his family’s corner market, and reckoning the weight of a revolver are a few of the challenges Avery faces. As he matures through each page, Avery takes control of his circumstances and attempts dangerous feats of alchemy.”

“Clown Girl lives in Baloneytown, a seedy neighborhood where drugs, balloon animals, and even rubber chickens contribute to the local currency. Against a backdrop of petty crime, she struggles to live her dreams, calling on cultural masters Charlie Chaplin, Kafka, and da Vinci for inspiration. In an effort to support herself and her layabout performance-artist boyfriend, Clown Girl finds herself unwittingly transformed into a ‘corporate clown,’ trapping herself in a cycle of meaningless, high-paid gigs that veer dangerously close to prostitution.” 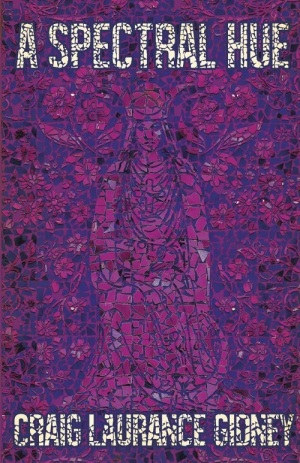 “Graduate student Xavier Wentworth has been drawn to Shimmer, hoping to study the work of artists like quilter Hazel Whitby and landscape painter Shadrach Grayson in detail, having experienced something akin to an epiphany when viewing a Hazel Whitby tapestry as a child. Xavier will find that others, too, have been drawn to Shimmer, called by something more than art, something in the marsh itself, a mysterious, spectral hue.”

“Underground filmmaker Tina Mori became a legend in the late 1970s with a stolen camera, a series of visionary Super 8 shorts (The Eye, The Stairs, The Imperial Dynasty of America) and a single feature film, heralded as her masterpiece, Dragon’s Teeth. Then she disappeared under mysterious circumstances. Was it foul play, or did Tina Mori go somewhere else? And if so, where? Could it have been the otherworldly Carcosa so often referenced in her films?”

“Antosca crafts surreal doomsday scenarios and otherworldly transformations alongside painfully articulate depictions of sexuality and animal impulse. The stories in The Girlfriend Game are mesmerizing, leaving a haunting afterglow long after you hear the last word.”

“Equally at home with the surreal and the painfully relatable (and both at once), Bob-Waksberg delivers a killer combination of humor, romance, whimsy, cultural commentary, and crushing emotional vulnerability.”

“Award winning TV writer Casper Kelly (Too Many Cooks, Your Pretty Face Is Going to Hell, Squidbillies, Harvey Birdman: Attorney at Law, Stroker & Hoop, Aqua Teen) brings his hilarious, absurdist, and dark vision to the page in this debut collection, perhaps the first with a horror host guiding you between the stories.”

“In Maryse Meijer’s decidedly dark and searingly honest collection Rag, the desperate human desire for connection slips into a realm that approximates horror.” 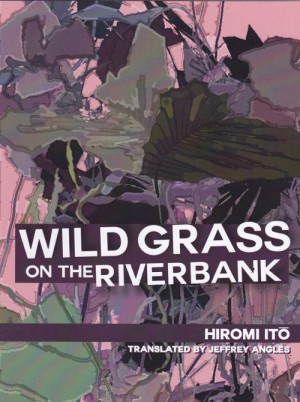 “Set simultaneously in the California desert and her native Japan, tracking migrant children who may or may not be human, or alive, Hiromi Itō’s Wild Grass on the Riverbank will plunge you into dreamlike landscapes of volatile proliferation: shape-shifting mothers, living father-corpses, and pervasively odd vegetation. At once grotesque and vertiginous, Itō interweaves mythologies, language, sexuality, and place into a genre-busting narrative of what it is to be a migrant.”

The Blood Barn
By Carrie Lorig

“Autobiography of Horse documents Jenifer Sang Eun Park’s obsessive and parasitic relationship with the horse. At one point a muse, the horse is transformed into a vessel used to travel the volatile hollows of memory, selfhood, depression, and loss. To make this journey, the horse mutates from an image into a companion, a projection, and a reflection that, as Wallace Stevens wrote in ‘The Noble Rider and the Sound of Words,’ injects imagination with ‘the strength of reality.'”

“Four short lyric essays that combine short snippets of canonical writers (Wordsworth and Robert Penn Warren) and consider issues of masculinity and sexuality (in terms of dominion and sexual violence). The language is sparse and details are sensuous. Cain’s writing imbues a physicality to meditation that meditations on the page often lack, and though these essays are short, they leave an impression that’s palpable.” —ed. Ryan Bollenbach

Timelines of Everything
By DK Publishing

“Jam-packed with surprising facts and amazing details, such as the most bloodthirsty pirate of all time and the first crime to be solved by studying fingerprints, Timelines of Everything will take you on a whirlwind journey through an illustrated history of time, from the Big Bang to the modern world.”

The Argonauts
By Maggie Nelson

“At its center is a romance: the story of the author’s relationship with the artist Harry Dodge. This story, which includes Nelson’s account of falling in love with Dodge, who is fluidly gendered, as well as her journey to and through a pregnancy, offers a firsthand account of the complexities and joys of (queer) family-making.”

“Adolescent girls can be real monsters. Maude is twelve, about the age some girls turn into flesh-eating wild cats. As her detective dad investigates a series of strange mauling attacks, Maude worries she may be the killer.”